'Every player, official, and fan seemed to respect and embrace our current situation'
Oct 15, 2020 10:00 AM By: Chris Dawson 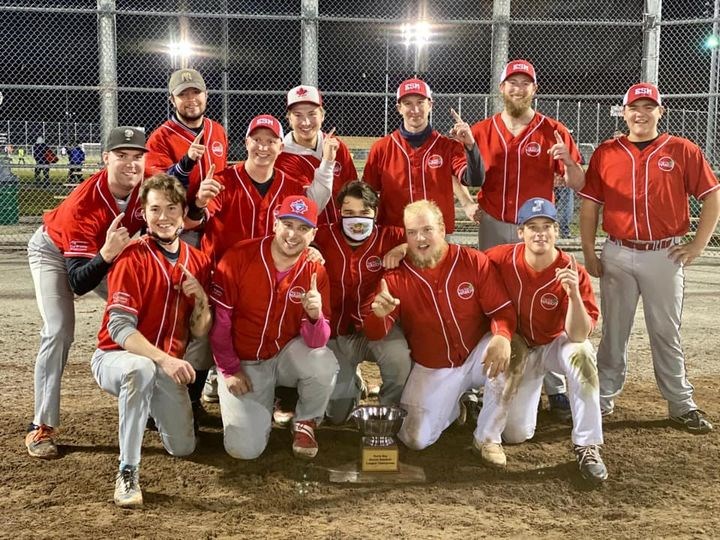 It may have been different, but winning a North Bay Senior Men's Baseball championship still feels very good.

"I felt very fortunate to be able to play this summer," said Jason Marchand, a first baseman with the East Side Mario's team that captured the title in the four-team loop with a 10-9 win over Assante in the deciding game.

"The league did a good job of putting in safeguards to allow everyone to play as safely as possible."

See related: Baseball is back in North Bay

See related: Young baseball players back at the plate

Like many sports, the baseball season was in question due to the pandemic. However once North Bay entered Stage 3 of re-opening in early August, baseball organizers made an effort to follow health guidelines and get in a shortened 2020 12-game season.

While North Bay youth baseball elected to only hold a week-long camp and cancel their season, the men forged ahead.

"This season was obviously a little different due to the nature of COVID-19 however, our protocols were followed extremely well throughout the season," said league organizer and pitcher with the East Side Mario's squad.

"Every player, official, and fan seemed to respect and embrace our current situation."

Brown feels proud of what the league was able to do recently to help raise money for the Food Bank during a unique All-Star game event.

"Obviously being able to help our local food bank out with almost 400lbs of food and over $600 from our first ever charity all-star game the week before Thanksgiving is something our league is proud about."