The move came only days after Hunter received his Super Bowl ring at a ceremony at Arrowhead Stadium last week
Sep 8, 2020 10:00 AM By: Chris Dawson 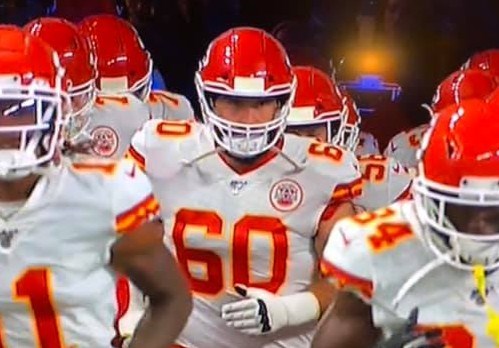 It looks like local Super Bowl champion Ryan Hunter will be looking for a new home this fall.

The 25-year-old offensive lineman has been released and waived by the Kansas City Chiefs as the defending Super Bowl champs prepare for their season opener this Thursday night against the Houston Texans.

The move came only days after Hunter received his Super Bowl ring at a ceremony at Arrowhead Stadium last week.

The Algonquin alum bounced back and forth last season between the active and practice roster before permanently joining the active squad for the playoffs in early January. He did not get into any playoff game action.

Hunter got into three games early in the season and played about 14 snaps in the team's early-season loss to the Indianapolis Colts. It was shortly after that game that Hunter was sent back to the Chiefs practice roster.

Hunter signed with the Chiefs in February of 2019 after spending the entire season on the practice roster with them.

The Algonquin alum originally entered the NFL as an undrafted free agent with the Chiefs in 2018.