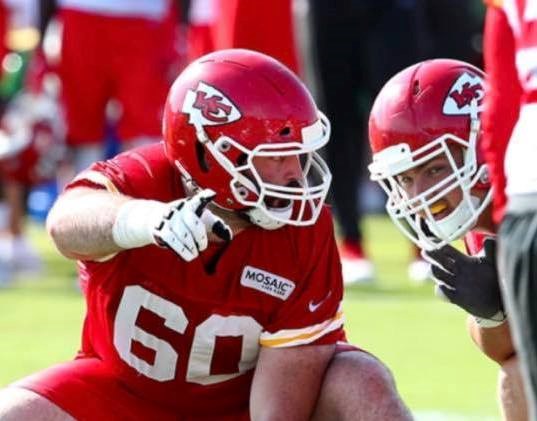 North Bay's Ryan Hunter has officially made the Kansas City Chiefs roster as the club announced its 53-man roster today.

The 23-year-old was among eight other players who were named to work the Chiefs offensive line.

"I am just trying to fit in wherever they need me and do whatever I can to show the front office that I deserve a spot on the team,” Hunter told BayToday at the start of training camp in late August.

“Realistically there are a lot of spots that are taken up for starters but that does not mean if one or two guys go down that I can’t be the next guy to go in on the field so I am just trying to do what I can to show these coaches that I deserve a spot."

See related: Hunter motivated to make an impact in the NFL

The Algonquin alum originally entered the NFL as an undrafted free agent with the Chiefs in 2018.

Inspection reports outline mistakes in Northern Ontario nursing homes
Jun 4, 2020 5:00 PM
Comments
We welcome your feedback and encourage you to share your thoughts. We ask that you be respectful of others and their points of view, refrain from personal attacks and stay on topic. To learn about our commenting policies and how we moderate, please read our Community Guidelines.