Ryan gets his Super Bowl ring 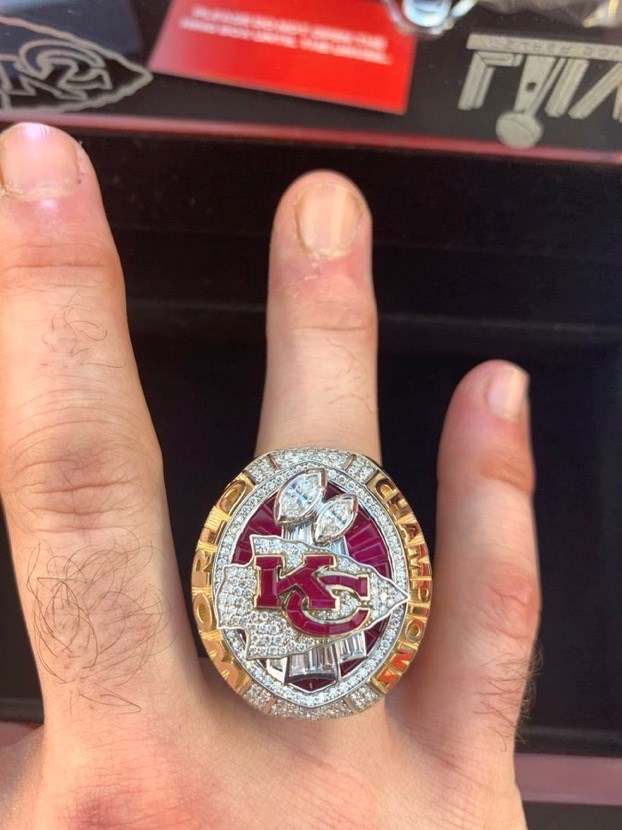 It was a special night last night for North Bay's Ryan Hunter.

That's because the Kansas City Chiefs offensive lineman received his much anticipated Super Bowl ring during a ceremony at Arrowhead Stadium in Kansas City.

"Tonight was a good night," Hunter stated via social media Tuesday night showing off the ring on his finger.

"A day I will remember forever."

Back on February 2, Kansas City Chiefs quarterback Patrick Mahomes, who was selected Super Bowl MVP, led the Chiefs to 21 straight points in the final 6:13 for a 31-20 victory over the San Francisco 49ers in Miami.

Hunter, a backup offensive lineman who was added to the active roster on January 7, was part of the championship team 53-man playoff roster.

The ring, reportedly valued at $11,000 has some pretty awesome features.

According to the Chiefs and ESPN, the face of the ring contains a total of 234 diamonds which has some meaning. That significant number includes the seasons played by the Chiefs (60) and the NFL (100), the Chiefs' playoff appearances (22), their Super Bowl championships (2) and the years between those two Super Bowl victories (50).

One side of the ring includes the player's name in gold, his number in diamonds, and banners honouring 1969 and 2019. Of course, those are the seasons in which the Chiefs won their Super Bowl championships.

The inside of the band includes the scores of the Chiefs' three postseason games and the player's signature.