If the same agreement holds true for Robicheau that was put in place for Knox, two years of full salary, it would mean City taxpayers would have shelled out $828,000 for no work being done, while faced with more than an 11 per cent hike in taxes over the past two years
Mar 23, 2020 1:48 PM By: Jeff Turl 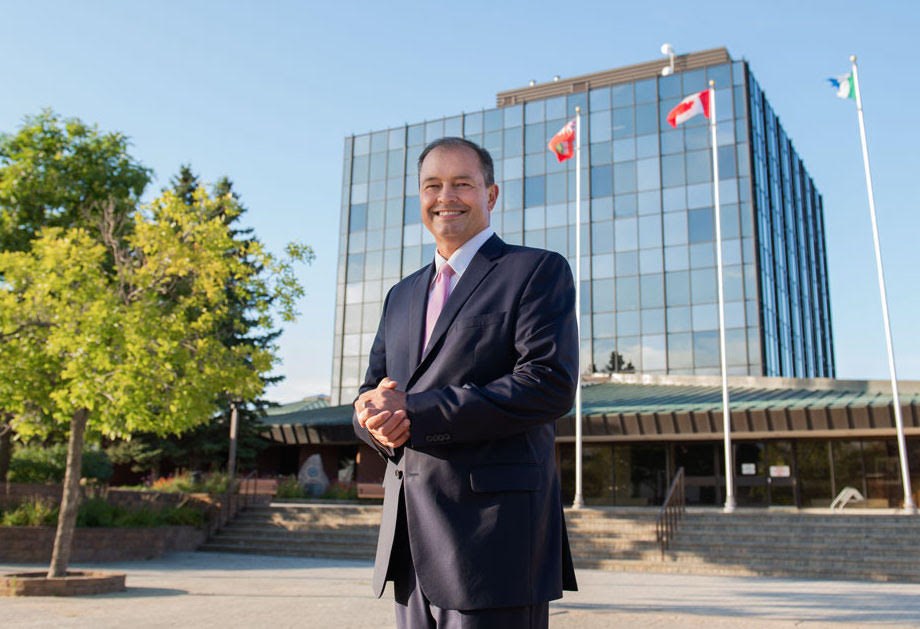 A man that has put considerable effort into forcing the City to be more transparent in its dealings with the public says the March 20 Sunshine List showing former CAO Keith Robicheau making $210,000, while doing no work, came as no surprise.

Kevin Ferris filed a Freedom of Information Act (FOI) application into the issue of previous CAO Jerry Knox being paid a total of almost $408,000 for 2016 and 2017 as a “corporate advisor” but there is no indication he did any work.

Ferris told BayToday that the City seems to have a bad habit of paying for duplicate positions.

"This is the second time they've been caught paying two CAOs and let's not forget when they were paying for two fire chiefs, the outgoing Mr. Love and the current chief. Please forgive me if I've missed some other double trouble.

"Mayor McDonald seems drawn to making these big payouts when his hand-picked employee has worn out his welcome.," adds Ferris. "The big question is will Mr. Robicheau be on the list again on March 20th, 2021?  It was nice to see him listed as CAO at least, and not some fictional position, Corporate Advisor, dreamt up in the case of Mr. Knox."

If the same agreement holds true for Robicheau that was put in place for Knox, two years of full salary, it would mean City taxpayers would have shelled out $828,000 for no work being done while saddled with more than an 11 per cent tax hike over the past two years.

"The city has now paid out hundreds of thousands of dollars to ousted CAOs, all while crying poor and cranking our taxes up about 11 per cent over the last two years," said Ferris. "I would submit that that money could have been better spent addressing the homelessness issue that is running rampant in this city. I guess the current council is fine with the Robicheau arrangement though, just as the past one was fine with the Knox arrangement. I hope people are seeing where their hard-earned tax dollars are being squandered."

There is still one FOI that Ferris filed sitting in the adjudication stage relating to Knox that is still outstanding because of foot-dragging by the City.

"The city's response to inquiries about Mr. Robicheau from the media only solidifies their showing among the top cities in the nation for lack of transparency," added Ferris.

"I guess I'll be forced to file yet another FOI for Mr. Robicheau's employment contract, and while I'm at it, maybe I should request Mr. Euler's as well, just to be efficient and save myself the trouble down the road.

"It should be noted that Mr. Robicheau was paid approximately $183,015 in 2017 and $209,991 in 2019. It must be nice to receive an increase in pay of about $27,000/yr over such a short period. Many people in North Bay are barely getting by unless you believe U-Haul.  I hope Mr. Euler realizes, he's not even being paid what his predecessor was paid to stay home and social distance himself from City Hall."

Meanwhile, another critic of City Hall secrecy, Don Rennick, who was banned last month by CAO David Euler from asking questions of city staff, and banned by McDonald from making presentations to city council meetings, says its typical of the way the City and its elected officials treat citizens.

"This is just the latest in a series of costly missteps by the Mayor who has proven time and time again that he is totally unqualified for the position he occupies," Rennick told BayToday. "To add insult to injury the Mayor has avoided the media and refuses to address the issue directly. If history repeats, this episode will fade from memory like the Knox affair that the Mayor insisted he knew nothing about, had no part in, and was all arranged by City staff. Subsequent documents produced following an FOI request by Mr. Ferris proved that these statements by the Mayor were absolutely untrue."

BayToday reached out multiple times to interview Mayor McDonald about the payments for no work, but received no response.

On Friday, Communications Officer Gord Young said McDonald was too busy leading the fight on coronavirus to make a statement to the media about the issue of former CAOs showing up on the Sunshine List.

We agreed in an email to Young to wait until today (Monday) for the interview, but received no reply.