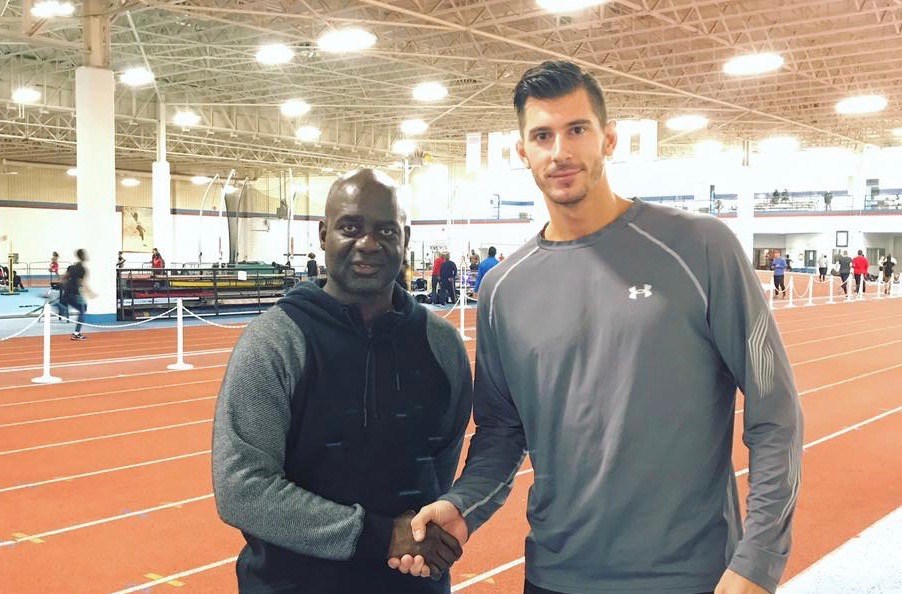 Laporte had been training in Calgary to become a world-class sprinter.

Laporte has been working with Johnson since the fall, but financing the high profile training with one of the countries top sprint coaches is an economic challenge.

“I heard about Nick’s story a few months ago and I wanted to meet him and give him an opportunity to train with me to become an elite sprinter,” the former Olympian told BayToday.ca.

“His goal is the next Olympics. It is going to take a lot of hard work and dedication but if he continues to work hard, he has a chance to make that happen,” added Johnson who has trained NHLers such as P.K. Subban, Anthony Stewart, and David Clarkson.

Laporte, who has been training with Johnson six days a week, set up a GoFundme page and his part-time work has helped offset some of the costs.

However, Johnson has offered to do more to help the 28-year-old by running clinics or do motivational speaking for any sports organizations in North Bay.

“Money has been an issue, so basically he offered for me to find any teams or athletes in my hometown area or Calgary area, anywhere where I have lived, that would be interested in some training sessions with him,” said Laporte.

“Basically he said that any business I find for him in that regard, there would be a percentage that would go towards my costs of training with him and living here (Toronto).”

Laporte feels flattered that Johnson would do this to help him out.

For more information or to schedule a session you can contact Nick at (403) 402-6048 or email n-laporte@hotmail.com