Opinion: Learning about Canada one book at a time

'I was educated at good public schools, high school, and university, and I never knew about any of these things'
Mar 22, 2019 1:00 PM By: Maurice Switzer 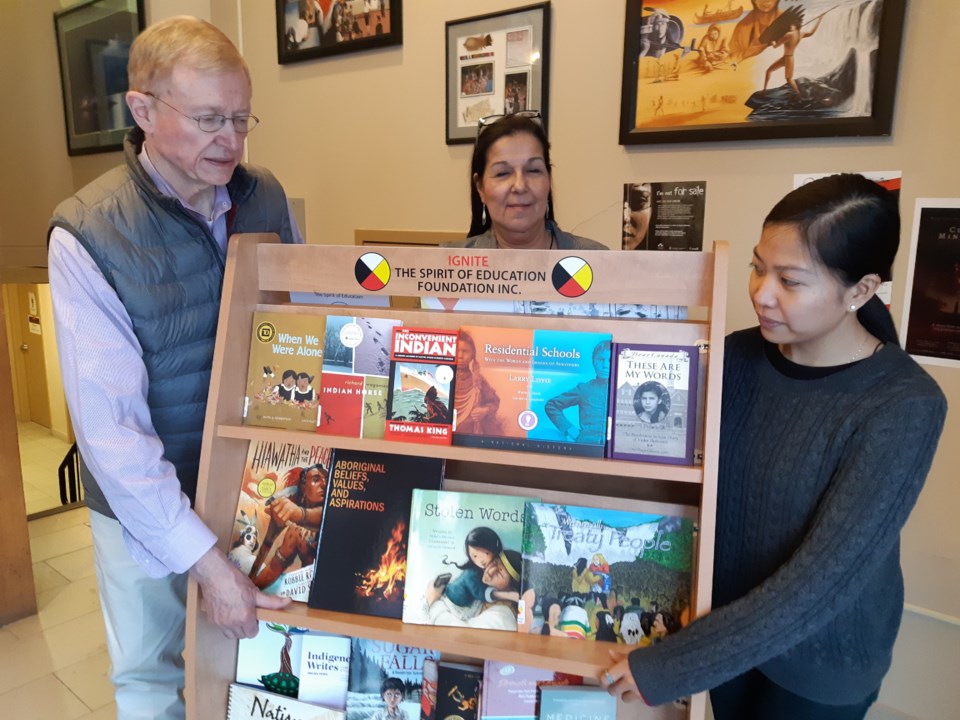 Bill Humphries doesn’t want other Canadians to wait as long as he did to learn about the role Indigenous peoples have played in Canada’s history.

“I was educated at good public schools, high school, and university, and I never knew about any of these things,” says the retired Toronto business executive, who has spent the past decade learning more about Indigenous realities in Canada.

Humphries vividly recalls his astonishment after hearing Mohawk historian Rick Hill talk about the instrumental role First Nations warriors played in defending Canada in the War of 1812 at the commemoration of a memorial garden in 2016.

“Sir Isaac Brock – there’s a 180-foot monument to him at Queenston Heights – was killed by a sniper within minutes,” Humphries learned. “It was actually the Indian warriors who won the battle.”

Humphries, a long-time Canada Packers manager who admits to being “close to 70”, joined friends like Michele-Elise Burnett, a Brock University trustee and the daughter of the late Métis media pioneer Suzanne Rochon-Burnett, to launch “Ignite the Spirit of Education”. The non-profit foundation is dedicated to increasing awareness and appreciation of Indigenous literature, culture, language, art, and history.

Operating out of a modest three-room office at 5418 Yonge Street in Toronto, the foundation’s signature project is a five-foot-by-three-foot Indigenous Resource Centre -- a double-sided bookshelf stocked with 25 Indigenous titles on a variety of topics for readers of all ages. The books and shelf unit are available for $1,500, the foundation’s actual cost, and a considerable saving from the retail price of the package. Humphries and Joanna Banaga – the foundation’s only employee – will actually travel to a purchaser’s site to assemble the bookshelf for them.

Humphries has experienced firsthand the need for Indigenous resources.

“When I walk into public libraries I will ask ‘Where can I find some books on Indigenous people?’, and they will say ‘I don’t know sir, but there may be some in our history or Canadian studies sections.,’” recalls Humphries. “What they do have are usually very dated books that do not reflect at all what’s available and would be so helpful to the public.”

The titles that accompany the foundation’s bookshelf are purchased from the extensive collection of GoodMinds.com, a company based in Six Nations of the Grand River, and include novels by award-winning Indigenous writers. The collection includes the works of Indigenous writers Richard Wagamese and Thomas King, Native Studies texts approved for use in Ontario high schools, and publications about treaties and residential schools that would be useful for children of all ages, teachers, and Canadians looking to learn more about their country than they likely did in all their years of formal education.

Promoting the expansion of knowledge about the Indigenous part of Canada’s past, present, and future responds to several of the 94 recommendations of the landmark Truth and Reconciliation Commission, which identified huge learning gaps in the nation’s classrooms.

Humphries is also aware of the need for learning resources in Indigenous communities. The residents of over half of the 133 First Nations in Ontario do not enjoy the luxury of a library, a situation that prompted former Lieutenant Governor James K. Bartleman to champion a provincial campaign that collected and distributed over one million books to reserves, including many remote fly-in communities.

Ignite the Spirit of Education is looking for potential sponsors – like service clubs – who would be interested in donating the bookshelves for use by Indigenous learners, as well as businesses who would like to purchase them for their offices, for the use of customers or employees.

Already some 30 of the units have been installed, including one in the foyer of the North Bay Indigenous Friendship Centre, and Humphries is hoping that the province’s other 27 centres might be interested in making the resource available to their thousands of clients.

So why does a retired businessman educated at Upper Canada College get involved in promoting Indigenous learning?

“My father was from the Warkworth area in southern Ontario,”  says Humphries. “He enjoyed fishing and duck hunting, and he wouldn’t venture out onto Rice Lake without the services of Alf Crowe and John Simpson from Hiawatha First Nation.”

“Alf would come to our house and we would listen to all his stories. Those were really good times for us.”

For more information about the bookshelf project, contact Ignite the Spirit of Education at (416) 488-7187 or by e-mail at ignitesef@gmail.com

Maurice Switzer is a citizen of the Mississaugas of Alderville First Nation. He lives in North Bay, where he is the principal of Nimkii Communications, a public education practice with a focus on treaties

OPINION Brown water better than none at all
Oct 27, 2017 5:30 PM
Comments
We welcome your feedback and encourage you to share your thoughts. We ask that you be respectful of others and their points of view, refrain from personal attacks and stay on topic. To learn about our commenting policies and how we moderate, please read our Community Guidelines.