OPINION Brown water better than none at all

Yes, there are actually about 80,000 First Nations people living on 170 reserves who do not have access to a safe supply of water. Some of these communities have endured boil-water advisories for decades, for as long as 30 years
0
Oct 27, 2017 5:30 PM By: Maurice Switzer 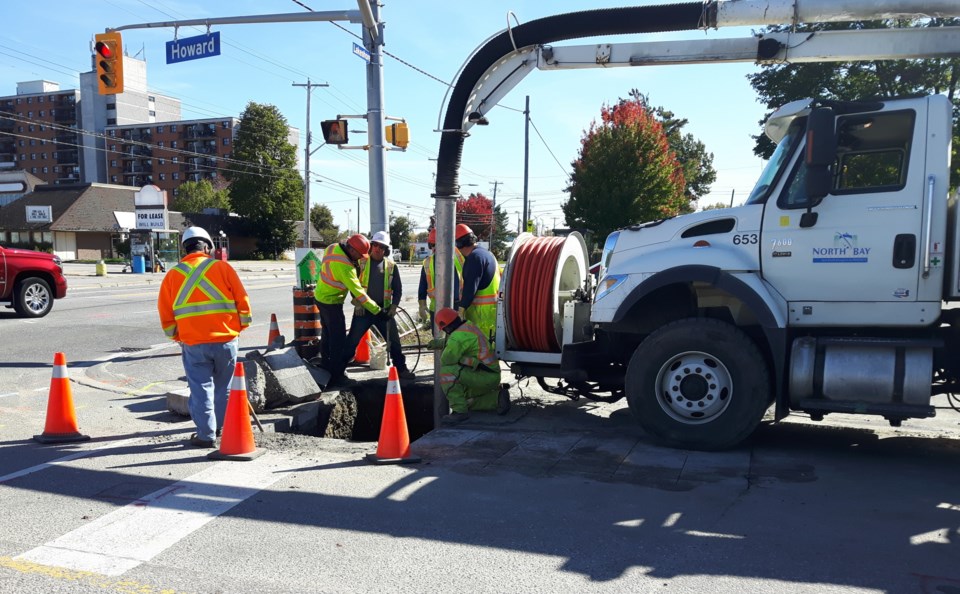 Remember that scene from the movie “E.T. The Extra-Terrestrial” where all the goggled government guys wearing white hazmat (hazardous material) suits burst into the house looking for that cute little alien?

That's what it felt like one recent morning when I looked out a window and saw a dozen large men, wearing sunglasses and hard hats, roaming around the yards near my home.

My worst fears were realized when I approached their apparent leader, who clutched what appeared to be a Geiger counter that was emitting some very alarming sounds.

“Omigod,” I thought, “Donald Trump has really done it now!”

My fears abated when Hazmat Foreman assured me that his posse of North Bay public works staff was merely responding to a neighbour's concern about “brown water”. Barely two weeks later, my street looked like a staging site for a rocket launch.

Some days as many as seven city vehicles – excavators, dump trucks, pickups -- were parked along the roadway, which is about the same length as a Canadian football field. The city crew has been “prepping” the area for installation of a new two-inch polyethylene water main,  which will replace the existing two-inch galvanized metal water main, which is apparently the principal reason why one of a dozen homeowners on the street is the recipient of brown tap water.

Basically, this is a good thing, that the governments on which Canadians rely are quick to provide them the basic services they need to live healthy lives.

But what seemed out of synch to me was that just a few days earlier, Prime Minister Justin Trudeau was telling a rapt audience at the United Nations General Assembly about the “humiliation” experienced by Indigenous peoples in Canada related to what he termed “the legacy of colonialism”.

"There are, today,” the PM said, “children living on reserve in Canada who cannot safely drink, or bathe in, or even play in the water that comes out of their taps.”

Yes, there are actually about 80,000 First Nations people living on 170 reserves who do not have access to a safe supply of water. Some of these communities have endured boil-water advisories for decades, for as long as 30 years.

Some cynics suggest the reason the PM decided to be so frank about Canadian colonialism is that he is lobbying for a coveted seat on the UN Security Council, and one of the global organization's newly-adopted set of development goals for 2030 is universal access to clean drinking water. In his speech, Trudeau pointed out that Canada, one of the world's wealthiest countries, has eliminated two dozen long-term drinking water advisories in Indigenous communities and is still working on others. Good to know, but not much comfort to thousands of families still facing health risks posed by an unsafe water supply.

When confronted with such embarrassing statistics, many Canadians respond by asking why-- if conditions are so bad – First Nations don't just up and leave the 633 reserve communities that, combined, account for less than one half of one per cent of the country's land base. Well, they didn't want to be there in the first place, but had little choice after their lands were stolen and the colonialism that the PM mentioned literally starved them into submission.

As for relocating away from territories they've been attached to for 150 years, don't you think one ethnic cleansing in a lifetime is enough?

Then there are those who insinuate that First Nations residents are already being given more than enough “taxpayers' money” to look after their needs. While $8 billion might sound like a lot of cash, it amounts to a pittance by the time you take into consideration  the salaries and benefits of 5,000 Indigenous Affairs civil servants, the $200 million in legal fees the department spends each year on lawyers – primarily to wage court battles against the very people whose rights the department is supposed to protect --  school tuition agreements that see on-reserve students funded at about half the level of students  attending provincial schools, or the costs incurred by First Nations leaders who must buy their band members bottled water to ensure their personal safety.

Another way to look at the patchwork system of supports provided First Nations by the government of Canada – whose Parliament Building sit on Algonquin land that has never been paid for – is to compare it to the incredible $34 billion in energy subsidies that the International Monetary Fund estimates benefit fossil fuel producers in Canada, including uncollected tax on externalized costs of burning transportation fuels like gasoline and diesel that include impacts like traffic accidents, carbon emissions, air pollution and road congestion.

So billions of  Canadian “taxpayers dollars” are benefiting corporations whose operations are creating global warming, contributing to climate change, and playing a role in the increasing number of “natural” disasters that devastate landscapes and populations around the globe.

It appears that funding global warming has been a greater federal spending priority than providing a safe water supply to 80,000 people.

First Nations do not enjoy the infrastructure that residents of even the smallest Canadian municipalities. I grew up in the village of Lakefield, Ontario, a sleepy little Kawartha Lakes community whose 2,000 residents have experienced the benefits of a modern medical clinic, elementary and secondary schools, easy and inexpensive access to hospitals, shopping centres, and recreation facilities, and the latest in sanitation and safe water technology.

Canadians take such amenities for granted. The various taxes they pay do not begin to cover the costs of the quality of life to which they have become accustomed. This is why Canada's national debt – combined federal and provincial indebtedness – stands at over $1.3 trillion. That means that every single Canadian citizen owes over $40,000 for the services provided by senior levels of government, from the public buildings that house their armies of civil servants, to the 40,000 kilometres of paved highways linking them to where they shop, where they work, where they recreate.

But if you are a resident of one of the 633 reserves where the government of Canada decreed your ancestors must stay while it profited from your lands and resources, you might well be living in a place where there are no medical clinics, no schools, no paved roads, no soccer fields, no shopping malls, no movie theatres, no cellphone service, and no safe supply of water to drink, bathe, or wash dishes and clothing.

If you lived in one of those communities, you would be delighted to be able to turn on a tap and know it is safe to use the water then flows out, even if it is tinged a slight brown colour, like that which led to the invasion of the Hazmat Men in my North Bay neighbourhood.

Maurice Switzer is a citizen of the Mississaugas of Alderville. He lives in North Bay where he operates a public education practice with a focus on the treaty relationship which permitted the peaceful settlement of Canada, and which promised First Nations that they would “never want for the necessities of life, so long as the world exists.”

Opinion: Maurice Switzer, Can Leafs win Cup without a Chief?
Jan 11, 2018 9:43 AM
Comments
We welcome your feedback and encourage you to share your thoughts on this story. We ask that you be respectful of others and their points of view, refrain from personal attacks and stay on topic. To learn about our commenting policies and how we moderate, please read our Community Guidelines.