The prescription for working the front line in a pandemic? Compassion and professionalism

Pharmacy Manager Kristie Chute says one of the first things they had to deal with was the fear the public was feeling as things started to shut down, and there were so many unknowns.
Jul 3, 2020 1:00 PM By: Mike Anthony 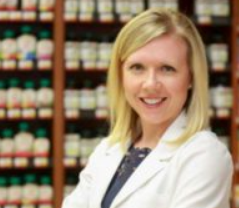 Kristie Chute is the Pharmacy Manager at Algonquin Pharmasave.

This is one in a series of articles in the feature called "The Front Line" that takes a look at those local people working on the forefront during the COVID crisis and beyond. This time we speak to Pharmacy Manager Kristie Chute.

It's been an interesting time for local pharmacies, including Algonquin Pharmasave, located on the ground floor of the medical building at 1221 Algonquin Avenue.

Pharmacy Manager Kristie Chute says one of the first things they had to deal with was the fear the public was feeling as things started to shut down, and there were so many unknowns. She explains the staff knew people felt this could be life or death and many wanted to stock up on several months of their medications. And while the staff were careful to show compassion, Chute says they had to take their professional obligation to the entire community to heart.

"The province mandated we go from being able to give three months of a drug to only one month for a reason. Drug shortages are real, and we had to be careful that a small number of people wouldn't stock up on three or six month's worth, and ensure everyone had access by going to only 30-day supplies at a time," explains Chute.

The way the drug store has adapted has adjusted over time and with new information.

"In the beginning, we closed the store to the public. We would meet people at the door, shop for them, and bring their prescription to the door."

They returned to being open around mid-May but allowed only one person in at a time. As things progressed they had set up markers on the floor for social distancing.

Initially, they had reduced hours but recently have returned to regular hours.

"We supplied hand sanitizer, gloves and masks to people. We also installed plexiglass in the store. It was a tense time for our team as well, but we all knew we had an important job to do, and we took all the precautions we could," explains Chute.

The Pharmacy also handles all of the prescription work for two long-term care facilities and a retirement home. Because that had traditionally involved having a staff member visiting on-site at the facilities on a daily basis, they head to figure out how to do that both effectively and remotely.

One thing people may not know about the operation is that they are what is called a "Compounding Centre".

In addition to their six regular drug store staff, there is a backroom facility that basically can create custom versions of drugs - or compounds - for a particular patient's needs. Three additional full-time staff work in this area.

"Compounding means we can make customized mediations to meet specific needs. For example, if manufacturers only make a 10 mg dosage, but 8 mg would be more effective for you, we can make that. If pills don't agree with someone we could get the medicine into candy or a gummy. Or maybe a cream or topical application of a drug would be better to treat a specific area - we can get you that instead of a pill," adds Chute.

Catching up with a cleaner scrubbing her way through COVID-19
May 22, 2020 6:00 PM
Comments
We welcome your feedback and encourage you to share your thoughts. We ask that you be respectful of others and their points of view, refrain from personal attacks and stay on topic. To learn about our commenting policies and how we moderate, please read our Community Guidelines.