One of the things that makes it easier is the public feedback, with many people offering their verbal support and thanks for officers now having a whole new challenge to deal with on the front lines.
Jun 5, 2020 1:00 PM By: Mike Anthony 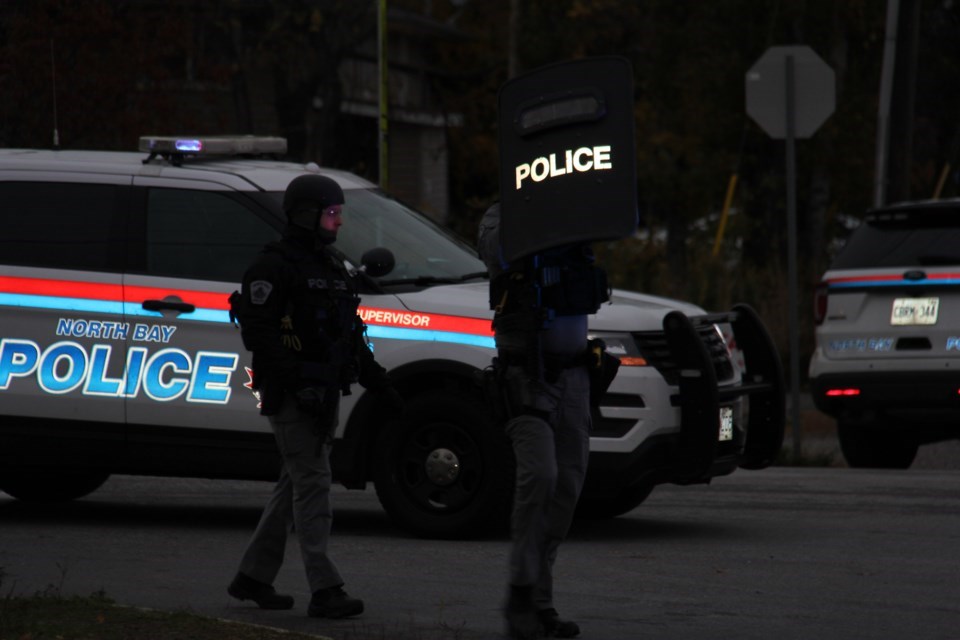 This is one in a series of articles in the feature called "The Front Line" that looks at how those on the forefront in our community who are dealing with the new climate we all face. This week, we look at policing.

In addition to handling the wide array of situations they normally get called to deal with, the North Bay Police Service has had to rapidly adapt to the COVID-19 pandemic to protect their officers and civilian staff as well as the public they serve.

"The current pandemic has very different characteristics, it has a very hearty life span in how it survives on hard surfaces and is very different from what we faced with SARS," says Chief Scott Tod.

It begins when a platoon comes on duty and the shift supervisor goes through a list of specific questions for each officer.
Vehicles are required to be much more extensively sanitized in between every shift, up to 2 times a day. And because it takes an additional two hours to do that every time, it's a big difference from what was acceptable cleaning protocol before, says the Chief.

"Uniforms now have to be cleaned every day, not every two days like before. Duty belts are now wiped down with a sanitizing cloth and boots are disinfected daily which is something we never had to deal with before," explains Tod.

Facial gear is also more important now, during the new COVID climate. When required, officers are able to use a respirator mask that covers their mouth and nose, with air cartridges attached.

The virus adds a new layer of worry when officers are dealing with the public. Tod days they are utilising a face-covering mask for offenders who are put in the rear of vehicles, so if they are talking or yelling, it reduces the chance of any spray or spittle making its way to the driver's area where officers sit. Still, Tod acknowledges it adds a whole new level of concern when in a confined vehicle, knowing the virus is in the community.

The police facility on Princess Street has also had to undergo quick updates to adapt to the new normal.

"We have more restricted access for the public entering the building. we also now utilize an intercom system which we never had to before, and there are sanitizing stations available where they weren't before," adds the Chief.

Members of the public who need a police record check for employment or volunteer purposes will be noticing a change as well.

"Instead of the old way of coming in to fill in a form, we're updating to an online system for people to get their record checks. This is just the new reality for us and everyone else," says Tod.

Still, there have been positives like an anonymous citizen who recently dropped off coffee gift cards for every single officer as a show of support.

One of the things that makes it easier is the public feedback, with many people offering their verbal support and thanks for officers now having a whole new challenge to deal with on the front lines. Chief Tod says that means a tremendous amount to the officers.

The prescription for working the front line in a pandemic? Compassion and professionalism
Jul 3, 2020 1:00 PM

Catching up with a cleaner scrubbing her way through COVID-19
May 22, 2020 6:00 PM
Comments
We welcome your feedback and encourage you to share your thoughts. We ask that you be respectful of others and their points of view, refrain from personal attacks and stay on topic. To learn about our commenting policies and how we moderate, please read our Community Guidelines.