Turtles displaced by construction get a second chance

In late August, while working on a road reconstruction project in Dalrymple, staff from the engineering division discovered a turtle nest located on the construction site
0
Oct 4, 2019 10:14 AM By: BayToday Staff 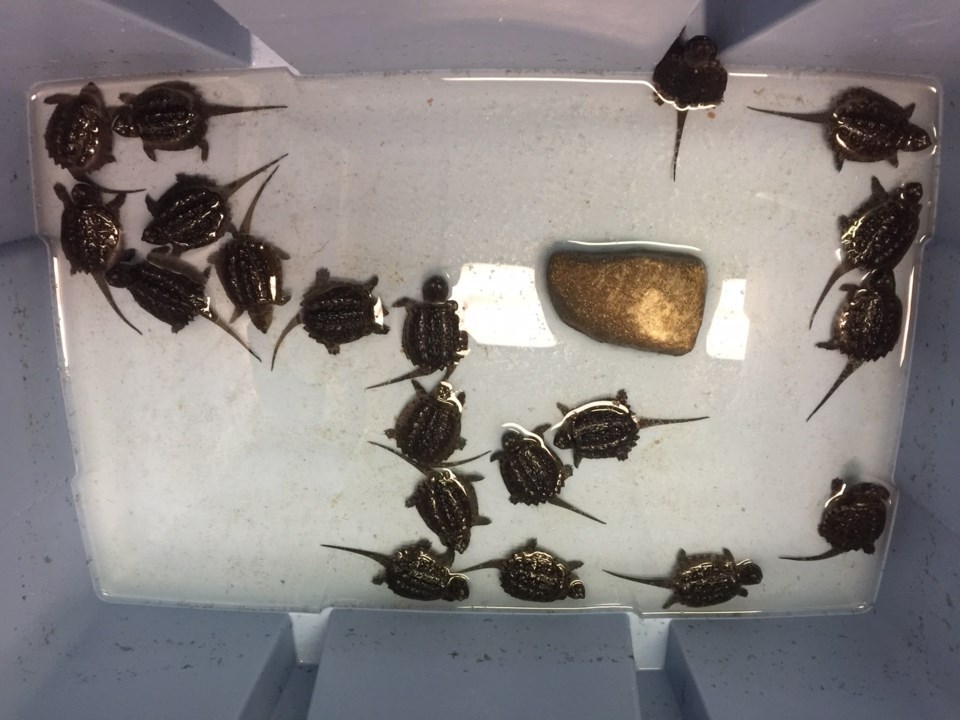 These turtles were saved from a construction site in Kawartha Lakes. Supplied.

There was so much negative news this year about turtles and destroying their habitat that we thought you could use some positive news.

This comes from Kawartha Lakes, just east of Orillia.

In late August, while working on a road reconstruction project in Dalrymple, staff from the engineering division discovered a turtle nest located on the construction site.

"Staff carefully uncovered the eggs and placed them safely into a box to be transferred to the Ontario Turtle Conservation Centre, located in Peterborough," says a release from the town.

"The Ontario Turtle Conservation Centre monitored and incubated the eggs for the remainder of the gestation period. Staff was then notified that the eggs had successfully hatched and were ready to be returned back to the original nesting area."

"Two of our staff members carefully transferred the hatchlings to the original site and gently placed them back into their natural habitat."

According to the Ontario Turtle Conservation Centre, hatchlings only have a 1 per cent chance of surviving to breeding age, showcasing the importance of having successful offspring.

"Raccoon populations are 20 times greater than they were earlier this century. Raccoons and healthy population of skunks, crows, gulls and other predators, dig up most nests and eat the eggs. If you find a nest that has been disturbed by a predator carefully place the eggs back in the hole and bury them."

For more information on what to do about turtles or nests on your property click here.

Ontario has eight different species of turtles, most of which are endangered or at risk of becoming endangered.