This is what your new Ontario driver's licence will look like 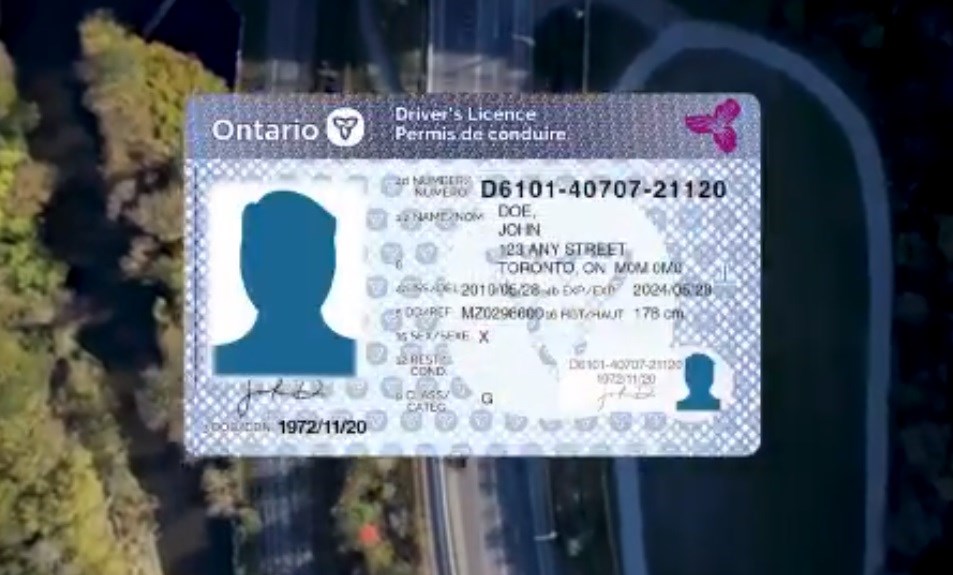 Coming this fall, Ontario’s driver’s licence will have a new design, showcasing the province’s new brand and logo to drivers across Ontario.

The government hopes it will help combat fraud and identity theft.

The design will shift from the current mix of blue and green to a look that is largely blue and white with the province’s redesigned trillium logo.

The move comes on the heels of the rebranding of Ontario licence plates.

See:Hope  your car goes with the colour blue

The province is introducing updated personal and commercial licence plates along with a new driver’s licence design that is supposed to save taxpayers millions of dollars each year.

The province’s licence plate was last redesigned in 1982.

“We are renewing the licence plate and driver’s licence because it represents how we are renewing our entire approach to government,” said Nipissing MPP Vic Fedeli. “Our government is embracing change because we recognize that the old established ways of working are no longer good enough.”

The cards were unveiled yesterday as part of an announcement about Ontario’s redesigned licence plates and the government’s trillium logo.