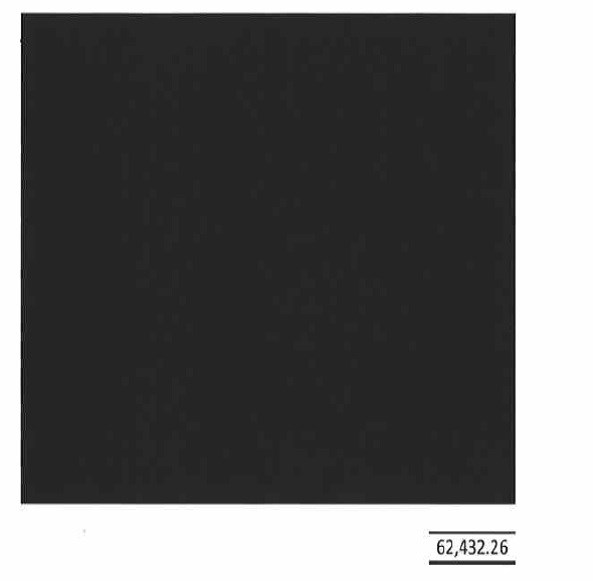 North Bay civic activist Don Rennick today released a blacked-out document, he says is the response from North Bay Hydro to his request for information about legal fees paid to block Rennick's attempt to get copies of the corporation’s financial statements for the years 2009 – 2011.

Rennick made the original request for the statements in April 2013 and received them in June 2017.

"During that period Hydro administration employed Loopstra and Nixon LLB, a legal firm from Toronto, to mount an aggressive campaign to block the release of the financial statements," said Rennick in an email to Mayor Al McDonald, city councillors and BayToday. "This effort included an attempt by the institution’s head, former COO Todd Wilcox, to have my requests dismissed as frivolous and vexatious. In spite of precedence presented to them by the IPC’s (Information and Privacy Commissioner) mediator that their claim was baseless, Hydro persisted to adjudication. The IPC dismissed their claim out of hand in an 18-page ruling which left little doubt as to the adjudicator’s position."

In July 2017, Rennick made a freedom of information request asking for all legal costs resulting from Hydro’s effort to deny his request for the statements.

"True to form, Hydro administration employed Loopstra and Nixon to attempt to block the request for that information also. After two years of delay, the information as shown below was received. There is precedence evident in the Information and Privacy Commissioner’s decisions ordering the release of legal costs in numerous other cases yet Hydro officials persisted in not only denying the request but paying lawyers to defend this lost cause. As you can see the costs amounted to over $62,000. Does this seem like an expenditure that prudent stewards of public funds would make? Does this seem like a sensible use of taxpayers’ money?

"This denial of information coupled with the enrichment of lawyers at the expense of taxpayers continues with three additional information requests which have been ongoing since April 2017. Much of this childish attitude began with the previous COO Todd Wilcox but the current COO Matt Payne seems to be continuing the tradition of secrecy surrounding this group of companies.

"I have asked Mr. Payne for the amount of these further legal costs incurred delaying the release of the $62,000 legal billing information. Hopefully, he will follow the sensible course and release the information immediately."

BayToday tried to contact Mr. Payne Wednesday afternoon for comment but received an out of office reply.

North Bay Hydro is owned by the City of North Bay and by extension, its citizens and Rennick says the time has long passed when the financial dealings of the Hydro group of companies need to be made available to the general public.

"The obvious reason is to provide a deterrent against mischief. The second reason is that it is painfully obvious and has been for years that you, (Al McDonald) and most council members are not sufficiently financially astute enough to protect the public’s interest regarding the operation of these companies.

BayToday reached out to McDonald for comment but received no response..

"Taxpayers have had to deal with the City’s back-door financing of its operating costs through electricity delivery rates which has cost, and is costing, millions in taxes. In addition, the ill-advised “Plan” that you and your advisors conceived has taxpayers paying interest on a loan that is simply a repurchase of hydro assets that were already owned and paid for by taxpayers. This action continues to cost additional millions," he wrote to the mayor.

"The recent purchase of Espanola Hydro is an $8 million albatross hung around the necks of North Bay taxpayers. I am not sure how the administration and their lawyers convinced you and council that this was in any way a positive or financially lucrative step but I can assure you that you were led astray."

"These legal expenditures are a complete waste of taxpayer’s resources as well as further proof, and a perfect example, of what occurs when you provide bureaucrats unrestricted amounts of money and virtually zero oversight," Rennick charged.

"Please fulfill your most important mandate and protect the interests of citizens in this regard," concludes Rennick.