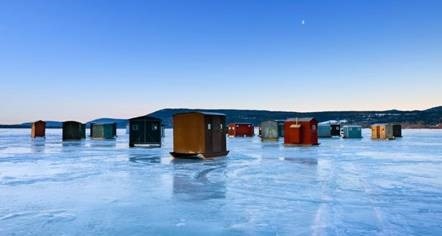 Recreational anglers will be allowed to drop a line this winter as the MNRF has decided not to close the lake to fishing.

Jolanta Kowalski, Ministry of Natural Resources spokesman told BayToday that instead, a study will be done on the catch and release mortality rate of the walleye.

"MNRF will be working with an academic institution that has an interest in this field of research . We are currently in the project design phase."

Kowalski referred to a report issued Wednesday by an independent panel of expert scientists that found Ontario's current fisheries monitoring and recovery practices to be the best option to stabilize and recover the walleye fishery.

"In light of that, we decided we don't support closing the recreational winter walleye fishing season this year."

Kowalski admitted that Nipissing First Nations are concerned about the impact that the winter fishery is having on the walleye population. Chief Scott McLeod and the Council of Nipissing First Nation (NFN) is calling on the Ministry of Natural Resources and Forestry (MNRF) to close the winter walleye fishery for the 2016-2017 ice fishing season as a temporary measure to address stressed walleye stocks.

Kowalski says because of those concerns the MNRF is commissioning a new study to assess the ice fishing catch and release mortality rate of walleye in Lake Nipissing.

"We know overall our plan on Lake Nipissing is working and is supported by the independent third party experts that our science is good. We don't support closing the recreational walleye fishing season but we do understand the First Nations have concerns so we're going to do a study that looks specifically at the catch and release aspect of winter mortality of the walleye."