In future it will be illegal for employers to keep a share of employees’ tips or other gratuities.
May 30, 2016 12:45 PM By: Jeff Turl 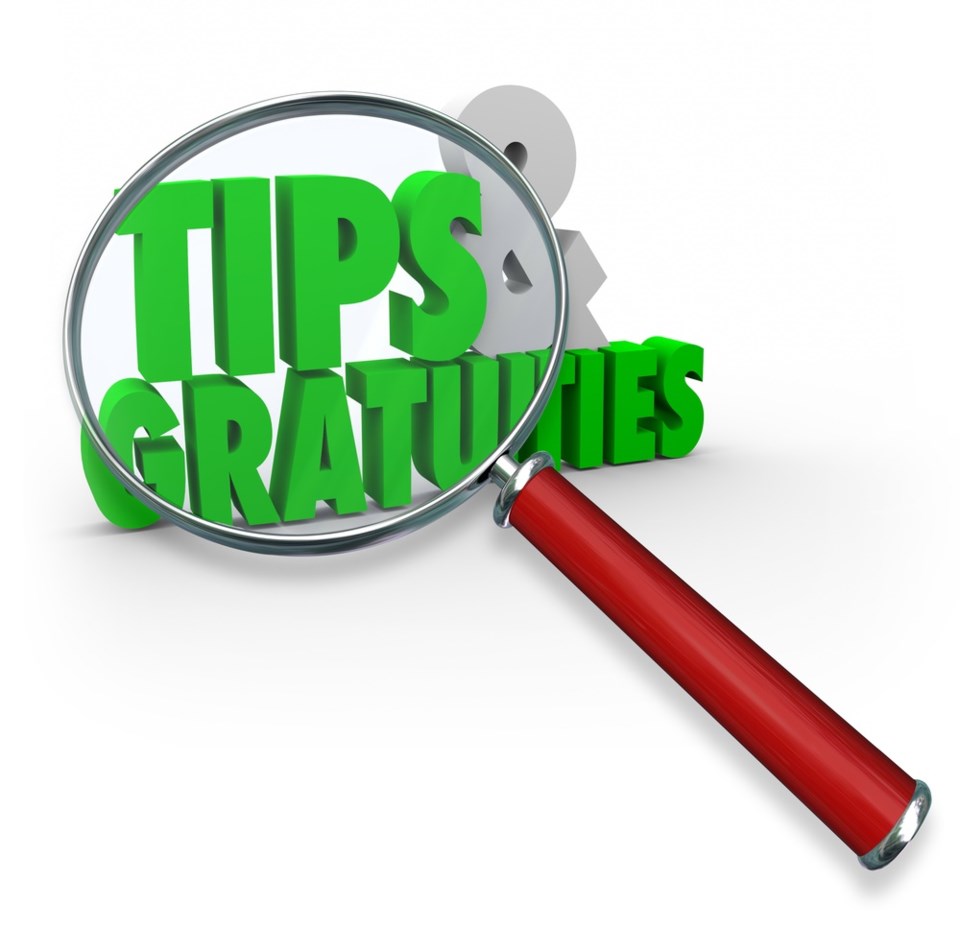 That cash you leave behind after great service from a waitress, or any worker for that matter, is being protected by a new law set to come into effect June 10th.

We expect the money will go to the worker, and most of the time, it does.

But that’s not always the case.

In future it will be illegal for employers to keep a share of employees’ tips or other gratuities, except as permitted by the Employment Standards Act.

Under the new rules, employers also can’t make deductions from tips for things like spillage, breakage, losses or damage.

The new rules affect workplaces where tips and gratuities are often received, such as salons, catering firms, taxi services and food delivery.

"I'm not aware of too many operations, in terms of restaurants, that would retain server tips, although it has been known to happen and I think this legislation will perhaps curb that."

Tony Elenis is the president of the Ontario Restaurant Hotel and Motel Association, the largest provincial hospitality association in Canada representing approximately 4,000 members and 11,000 establishments in the hospitality sector.

He told BayToday that he sees the legislation as just one more thing that burdens the running of the hospitality industry.

"We looked at the bill as more red tape and we felt that we are an extremely regulated industry and the tip practices are so complex. There are so many factors to take into account, and it's just not the tips it's the perks and the competition itself, in some cases bonuses and tip sharing pools that support other staff members that are part of the service delivery."

Elenis says that all three political parties wanted to pass the bill, so his organization decided to work with them to help shape it to work best for employers and employees.

“This legislation provides clarity on the subject of sharing tips for the hardworking people in the hospitality and service industries,” said Labour Minister Kevin Flynn.“These new rules will help protect vulnerable employees while creating a level playing field for the vast majority of businesses that treat their employees fairly.”

The employer will still be allowed to collect and redistribute the tips or other gratuities among its employees, a practice often referred to as “tip pooling.” Tip pooling is a long-standing industry practice that aims to reduce income inequality among employees. Some employees, such as cooks and bussers, do not have direct access to tips.

Business owners who regularly perform the same work as those who would normally receive tips – such as cleaning and serving food – will still be allowed to take part in the tip pool. The changes come as a result of Bill 12, the Protecting Employees’ Tips Act.

Meanwhile though Lacourse sees tipping in general declining, he doesn't expect it to disappear anytime soon.

"When I'm sitting at a bar with a guy who is tipping or a guy who is not tipping, the guy that's tipping is getting better service than the guy that isn't. If it is slowly dying out, I think the days of the 15 or 20 percent gratuities are starting to drop off."

Ontario's minimum wage is $11.25 for most workers, but for students it's $10.55 and the rate that applies to employees who serve liquor directly to customers in licensed premises as a regular part of their work is just $9.80.

Bear sighting in West Ferris
Sep 25, 2020 10:00 AM
Comments
We welcome your feedback and encourage you to share your thoughts. We ask that you be respectful of others and their points of view, refrain from personal attacks and stay on topic. To learn about our commenting policies and how we moderate, please read our Community Guidelines.