'I did not have that much ice time in London but I am looking forward to more ice time in North Bay and I am really happy about that'
Jun 2, 2020 6:00 PM By: Chris Dawson 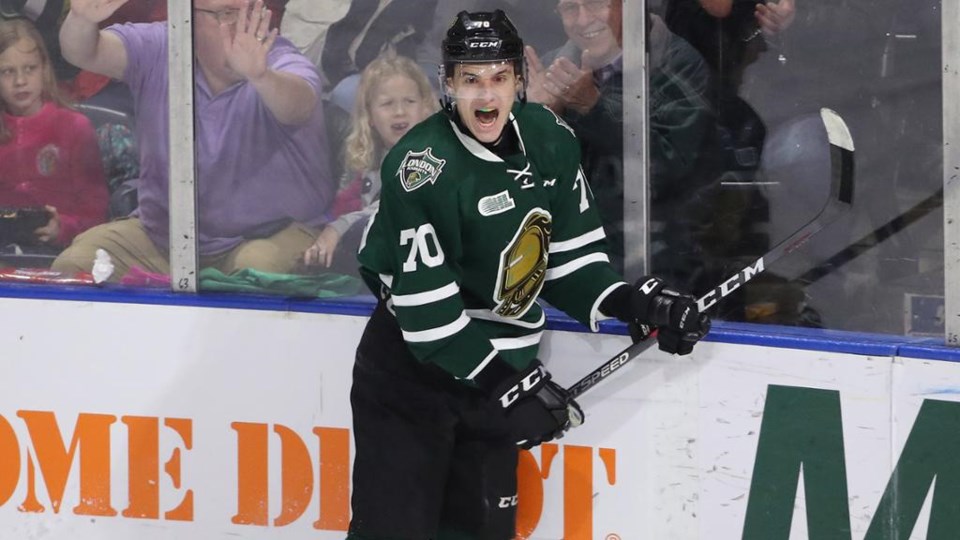 Matvey Guskov is looking to make an impact with the North Bay Battalion.

The Battalion traded two third-round OHL Priority Selection picks, in 2021 and 2023, and a 15th-rounder in 2023, all of them conditional to the London Knights, for Russian import Guskov, a 19-year-old who scored 16 goals and earned 14 assists for 30 points with 48 penalty minutes in 62 games last season.

He is hoping for more opportunity coming to North Bay from the Knights.

Guskov believes he's a two-way centre who is effective in the offensive and defensive zones.

"Growing up I played CSK, I played in Team Russia and I was always in the leadership group and I played in all situations. I did not have that much ice time in London but I am looking forward to more ice time in North Bay and I am really happy about that."

Dennis, who also shipped defenceman Pacey Schlueting out to Saginaw on Monday, says the move will mean the Troops will only utilize one of their two available imports picks for the Import Draft scheduled for late June, and a draft where the Troops hold the first overall selection.

"We are thrilled to have an experienced OHL player coming in with a lot of veteran leadership, now having said that we are going into the import draft with just the one pick, the first pick," said Dennis.

"Again we are looking for an impactful player and we feel confident we can get somebody in our lineup."

Dennis says the Knights contacted him about the availability of the two-way forward who was selected in the fifth round of the 2019 NHL Entry Draft by the Minnesota Wild.

Of course, Dennis has a lot of familiarity with Mark and Dale Hunter as he captured a Memorial Cup playing in goal for them and the Knights back in 2005.

"He called me," Dennis said about taking Mark Hunter's call.

"I mean anytime you have got a player that is looking for an increased role especially when he is a guy who has done so many good things for your program you love to try and find a good situation and I know in the conversations with Mark he has got a familiarity with us and we obviously have a familiarity with them.

"We saw recently with Avery Winslow when you get guys that grew up in a good program you know that they have been developed, you know they were doing the right things before they got to you.  We become a good place and they know we are going to treat them right and develop them the right way I think it gives comfort to all parties."