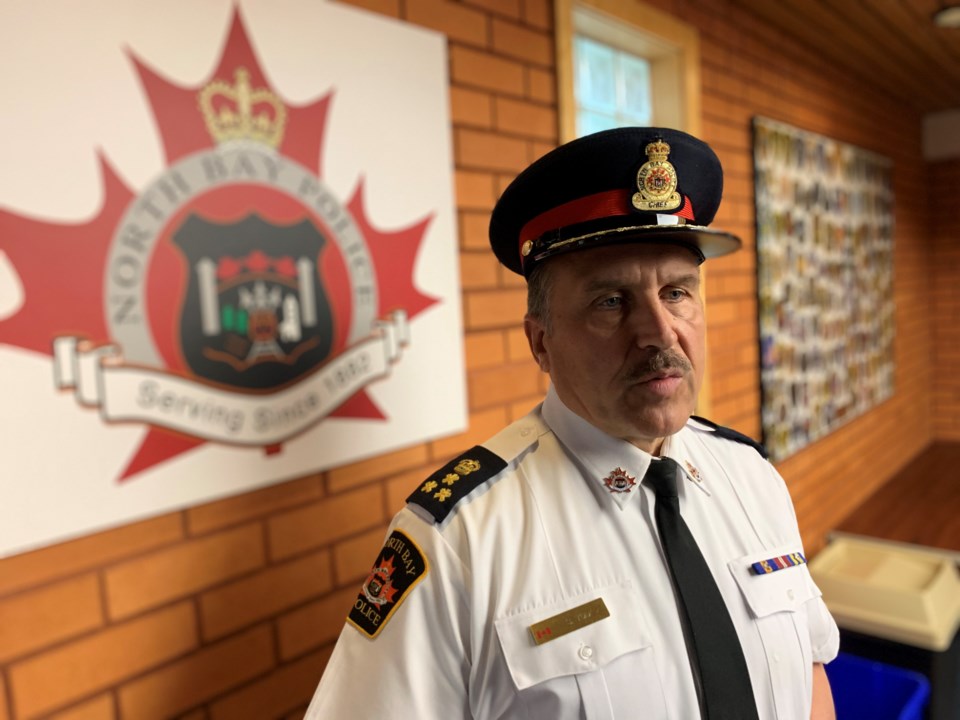 The numbers are not alarming but the North Bay Police Chief is still very worried about the escalation of gun-related crimes in the North Bay area in 2021.

In the month of March 2021, the Police Service saw a 10 per cent rise in the violent crime category compared to March of 2020.

However, that does include a homicide on March 25 where the suspect was arrested and charged.

"Of great concern to us is that March also contained a homicide that occurred within the city and has been solved and the individual responsible for that homicide will be brought to justice in North Bay," said Scott Tod, North Bay's Police Chief.

Tod says gun crime in the North Bay area seems to be relating to various acts such as drug dealing or human trafficking across that city.

What also continues to be a challenge is officers not knowing whether the guns are real or fake.

"Although many of the firearms are imitation firearms, they still look like real firearms. It is quite concerning to the police when we come across those, especially on individuals, whether hiding them on themselves or brandishing them, they are just as dangerous as a real firearm because we don't know the difference," explained Tod.

"What we noticed was the amount of firearms that are used to commit crimes across North Bay - most recently we have seen a robbery and a home invasion involving firearms which is really concerning to us from a level of violence," said Tod.

Tod says this is not just a North Bay problem.

"Most of the guns we see in the city are related to illegal drug activity. North Bay is not alone," said Tod.

"All of the Chiefs of Police in eastern Ontario have shared the fact that gun crime is in our communities. We also notice that the gang activity from the GTA, from Ottawa, and other large urban areas that also affect smaller communities like North Bay, and that people will come here. Criminals will come to North Bay feeling safer to deal drugs in North Bay than they would in their communities of either Ottawa, Toronto, or other larger areas. So we do know that and we do see an increase in gun activity, gun crime, among criminals in our community and it is very concerning to all the Chiefs of Police in all the communities in Ontario."