The northbound lanes of Highway 11 will remain closed for several hours while OPP members trained in collision reconstruction measure, document the scene, and gather evidence
0
Apr 18, 2019 9:15 PM By: Jeff Turl 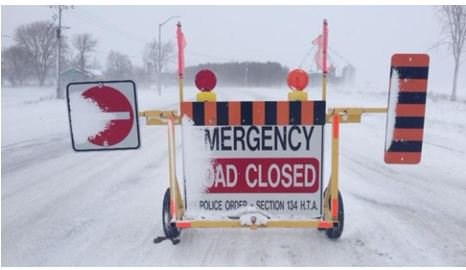 Bracebridge OPP officers and emergency crews remain on the scene (9 pm.m) of a serious collision in the northbound lanes of Highway 11 at North Kahshe Lake Road near Severn Bridge.

A northbound vehicle lost control around 4 p.m.and rolled into the ditch. Two of the injured occupants were flown by Ornge air ambulance to a Toronto area trauma centre with serious injuries. A third person was transported to an area hospital with non-life threatening injuries. The fourth person died at the scene of the crash.

The northbound lanes of Highway 11 will remain closed for several hours while OPP members trained in collision reconstruction measure, document the scene, and gather evidence.

Southbound lanes were closed for a short while to allow air ambulances to land.

The highway is expected to be closed until at least 11 p.m.

Multi-sport athlete named 2019 nets Fellman Trophy for Female Athlete of the Year
Jun 6, 2020 12:00 PM
Comments
We welcome your feedback and encourage you to share your thoughts. We ask that you be respectful of others and their points of view, refrain from personal attacks and stay on topic. To learn about our commenting policies and how we moderate, please read our Community Guidelines.