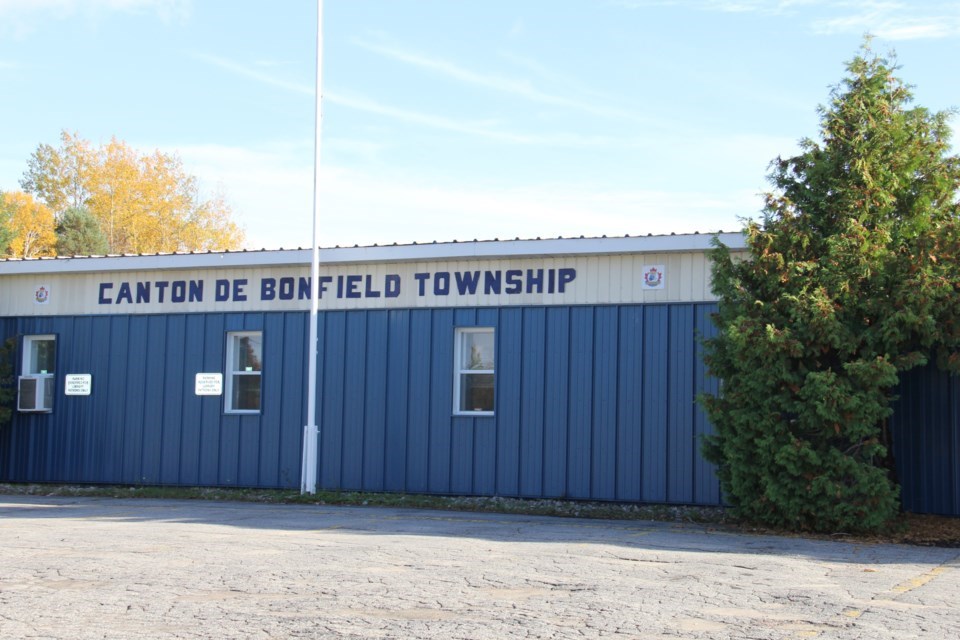 Bonfield’s ‘state of emergency’ remains in place after a fiery council meeting Tuesday but the COVID-19 pandemic is only one of the liabilities confronting the township.

Included in the virtual meeting were comments about defamation lawsuits the mayor and chief administrative officer commenced this summer against the township and councillors. Notice of the suits came after a motion passed at the last council meeting on June 9. By a 3-2 vote, council demanded to be copied on all their communication, including anything over the previous six months sent to department heads and managers to be provided within 21 days.

Mayor Randy McLaren said that’s part of the rationale for not holding council meetings since then, stating that they need to have an in-camera session over the matter and virtual meetings don’t suffice. Other reasons, he said, included the lack of substantial issues to form an agenda and wanting to avoid making the legal liabilities worse for the community.

Several councillors said there is no reason they can’t have virtual in-camera sessions that exclude the public, citing examples of neighbouring communities. McLaren, however, didn’t budge and noted how three councillors missed the special meeting of council called for September 29, forcing it to be cancelled due to lack of quorum.

Also Tuesday, a motion to restrict public assets being used for non-municipal priorities was eventually linked by discussion to firefighter involvement in a drag strip event. After receiving legal advice, the decision also curtailed a long-standing tradition of plowing church parking lots.

Before the vote to terminate the state of emergency declaration, a motion brought forward by Councillor Sylvie Beaudoin, McLaren warned councillors they are inviting the liability of subsequent COVID-19 deaths.

“I’m not here to make trouble with my council,” McLaren said after noting he could, if rising COVID-19 infections persist, reinstate the declaration the next day. “If my council in majority says they want this cancelled, it removes the obligation for me every Monday morning to meet with the emergency control group.

“And if we lose four or five citizens on it, it’s not my burden to carry any more if council sends the message that COVID is not a problem here, go on and live your happy life,” he said, adding that re-opening the municipal office might cause staffing issues. McLaren said they’d likely be “booking off” citing health and safety provisions in their collective agreement.

“They've been pretty clear to me that a lot of them have their own particular health issues, that they're more than happy to see the declaration of emergency and the protocols that it provided,” he said.

“But if you want to expose everybody to COVID go ahead and pass the motion,” he said. “Take that liability on, show us how reckless we can behave sometimes.”

Beaudoin, who had initiated the motion about the mayor and CAO communication protocol in June, said all the COVID-19 safety protocols could be followed without a ‘state of emergency’ declaration.

Beaudoin had printed out a copy of the form to advise the province they were lifting the declaration and said she was prepared to FAX it to the province as deputy mayor. But McLaren questioned her authority to do so and, coupled with “millions” of dollars in liability linked to the June 9 motion, rescinded his consent for having a deputy mayor.

“I’ve been of the opinion for a few months now that I’d like to withdraw that consent,” McLaren said, noting only he would be sending the form if council passed such a motion.

Beaudoin called for a recorded vote on terminating the state of emergency. Beaudoin and Foisy were in favour, while councillors Marc Vaillancurt and Jane Legassie voted no with McLaren’s opposition confirming its defeat.

Beaudoin’s next motion was aimed at amending the June 9 motion to redefine what types of communication were covered.

McLaren said council was being “reckless and irresponsible” on the issue. And the township’s lawyer, Ed Veldboom of Russel and Christie, advised that changing the wording wouldn’t change the impact.

Asked Thursday to comment on losing her deputy mayor designation, her motion to terminated the state of emergency and the discussions about the June 9 motion and lawsuits, Beaudoin declined.

“I have been advised by my legal representation not to comment on the actions of the mayor in respect to that meeting at this present time,” she stated in an email.

There was no reply to emails requesting comment from CAO/clerk Peter Johnston or Foisy.

McLaren, contacted Thursday, said they each served notice of defamation “in hopes of they’d reconsider … but that didn’t happen” and judging by the discussion Tuesday “the problem is not resolved.”

McLaren said he doesn’t like being “caught in the quandary of suing my own municipality” but there’s not much recourse when legal actions require meeting certain time frames.

Asked what Johnston was seeking in his lawsuit, McLaren would only say it’s “quite reasonable … more about defending reputation” even though another person might use the opportunity to get a “windfall” judgment.

McLaren said it’s hard to attract a qualified and experienced CAO to work at a small township with limited budgets, especially if the current one leaves over "constructive dismissal."

Unfortunately, he said, the longer it drags out the more costly it becomes to settle because everybody now has lawyers that need to be paid.