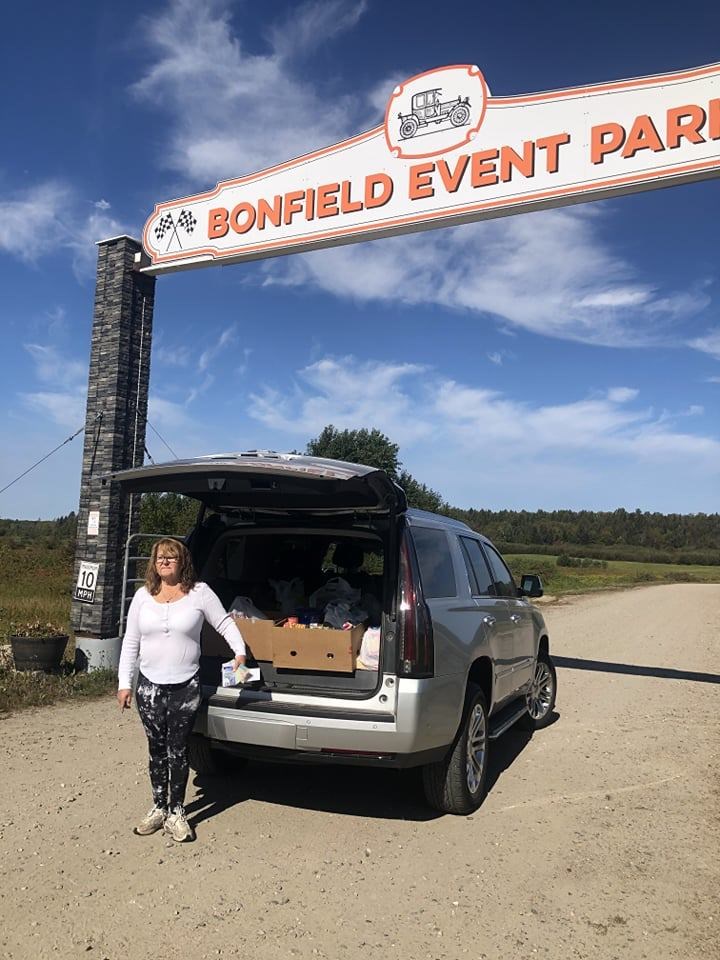 The Bonfield Food Bank benefited from the first drag race since the Development Road property changed hands two years ago.

A large load of canned goods provided by spectators and race teams was combined with the Groves Family donating $400 and A&S Towing giving $100 to the local charity.

“I am very excited and pleased with our first race,” Groves said, adding thanks to the Bonfield Fire Department which sold many tickets for their ATV raffle while being on hand in case of emergency.

The Sudbury Food Bank also benefitted because the Sudbury team beat North Bay to take the Vinnie Cup competition. They got $910 to help stock the Nickel City shelves. Gord and Bill Harling of Mister Transmission gave $500 and Gary Basaraba of VP Fuels chipped in $200. AB&D Plumbing kicked in $150 in memory of their son and his Nick of Time car while $60 came from Vega Family-Nicholas St. Amour team.

Groves said they had a taste of all four seasons on the weekend.

The weather matched the emotions leading up to the event with the drag strip and noise complaints making headlines, just as it has for the dozen years since it was created. Last week, however, a letter was circulated to every household comparing the anonymous author’s concern about noise to the oppression and killing of black people by police in the United States.

“Initially, I only wanted to have four to six (drag races) a year. After the events of the last week, I want to race very day next year. Who knows what 2021 holds for us,” she said.