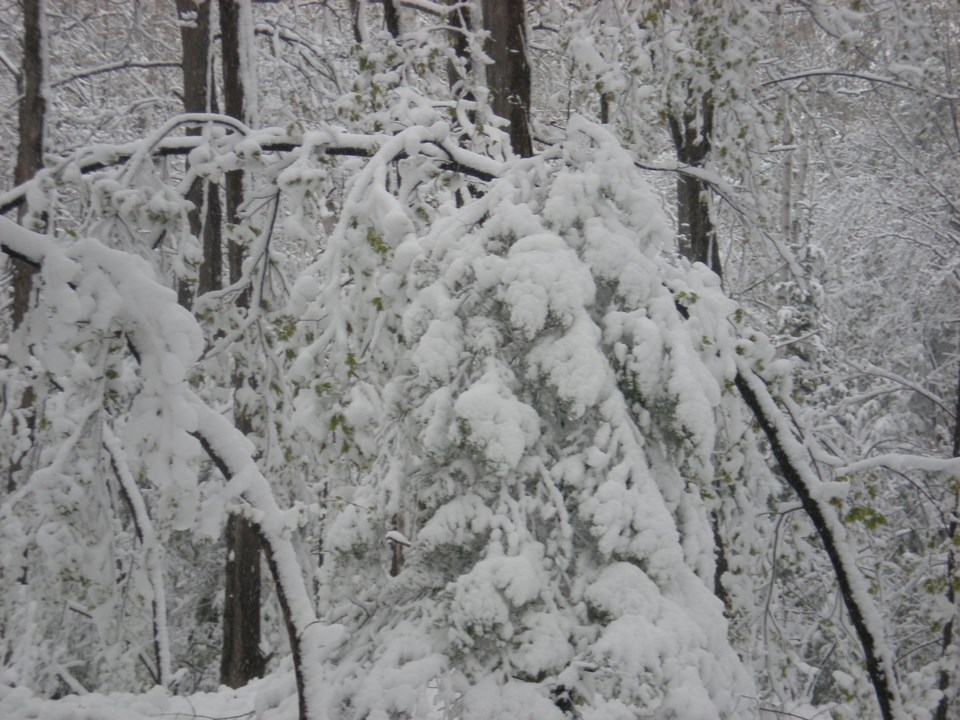 There is no question we have to concern ourselves with the environment. Pushing mounds of white chemicals around as if it were nature’s gift of pure crystalline snowflakes may make a movie set appear winter-like. If the script calls for snow – the technicians make it snow. Not with the snow cannon from the ski hill nor ice remains from a Zamboni, but with Phos-Chek foam.

No doubt that there were time commitments and the actors, camerapersons, and directors distaste for cold weather meant that the winter scene had to be shot in summer conditions, but folks, a little realism might go a long way toward an Award. How many ‘winter’ movie scenes have you watched where the actor’s breath indicates that it is actually below freezing? Exhaust from tailpipes? Okay, okay it is just entertainment. It is also big business and a very good business for North Bay. Should we let a little diluted Phos-Chek bother us when the ‘science’ says it is safe?

I checked the web to see if we had a wood-fired pizzeria in North Bay and only found that they have them in Thunder Bay – that other northern city- our alter ego. If it is not advertised on the web you are probably safe from the Phos-Chek foam guy/gal at City Hall. It was interesting in my search to discover that some Italian pizzeria was in trouble for supposedly using wood from old caskets in its pizza oven. Yikes. At least if we did have a wood-fired pizzeria in town, the wood they use would have been certified pure and free from contaminants like pine beetles, spruce budworms, ash borers, carpenter ants, phosphates, bodies and such.

This research on wood-fired pizza started me reminiscing about the campfire meals we used to eat when we were kids. (Hang on, we’re teleporting back to the 1950s).  The memory of a hotdog wiener cooked on a stick over a smoking campfire is right up there with a T-bone steak cooked on the barbie in my later years. A slightly charred peanut butter sandwich, made in haste before the hike into the woods, was pretty darn good too. A can of Aylmer baked brown beans, set on a stone beside the fire, was all the better for the wood smoke and a few ashes from a balsam branch. (One of us always had to throw a balsam branch on the fire to make a smoke signal.)

I am trying to picture a toasted sandwich over one of those propane fire pots in the backyard but it's just not working. Maybe some of Mom’s homemade bread would enhance the image but I think not. Summer campfires may be a thing of the past with the threat and memory for forest fires fresh in our minds from the summer of ‘18. However, you can make a campfire in the winter when snow discourages forest fires. Frozen sandwiches thaw and toast quite well, and warming your toes and fingers around a winter fire feels very comforting. Black campfire tea, made in a corn syrup can (complete with a wire handle for campfires) was, and still is, a treat in the winter.

Back to the fire-retardant fake snow. We have to promote our wintery scenery to the moviemakers. Ice-covered lakes, fishing huts, snowbanks downtown, icicles galore, snowdrifts up to your private parts (okay, knees) – we have it all. We are the Great White North after all – and we are Just North Enough to be Perfect.