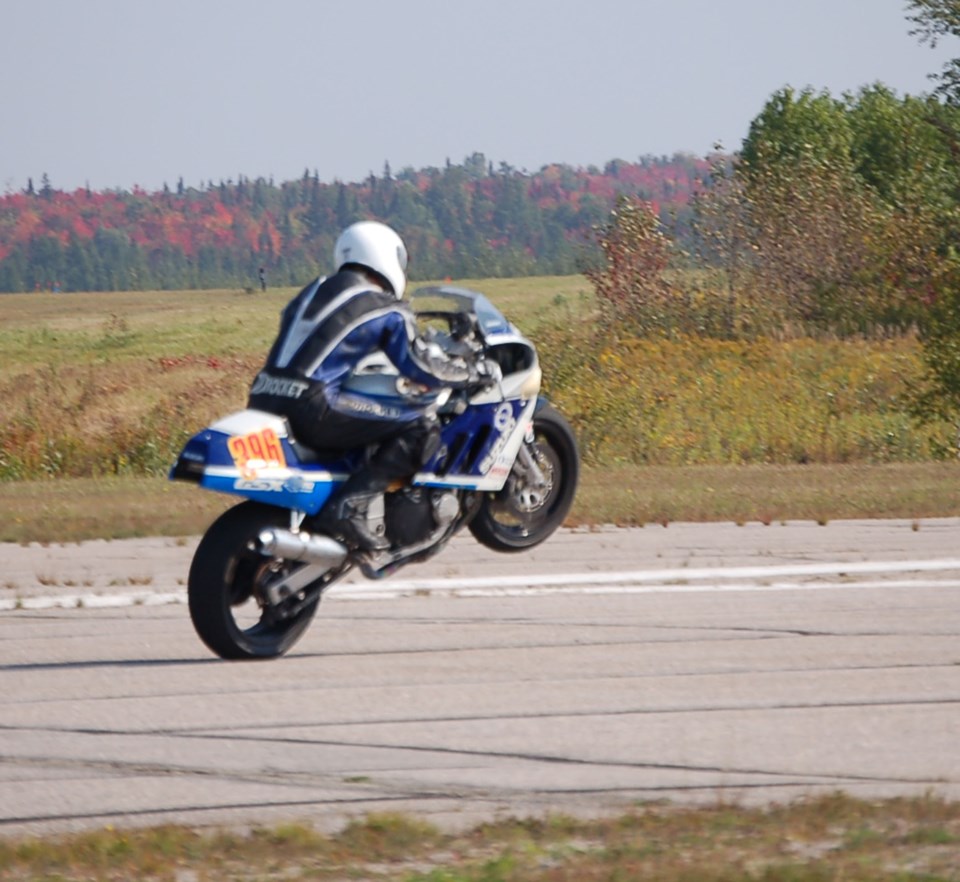 I was doing some reading on reckless endangerment and wondering why we didn’t see or hear about this charge more often. I was thinking about the stunt driving charges where drivers exceed the posted speed limit by a large margin (50 kms), not only risking losing their license and the impoundment of their vehicle but also endangering other people on the highway. Reckless endangerment comes under the Criminal Code. The suggestion on the web was that this is often plead-bargained down to a guilty plea under the Highway Traffic Act. There were no statistics given but that seemed a reasonable answer to my query.

What got me interested in this was the white Audi 8 that shot by me at what had to be almost double the speed limit on Highway 17 the other day. There is little doubt in my mind that the Audi car was capable of high speeds – great suspension, tires, brakes, steering, and a tuned motor that was emitting a deep-throat purr as the blur passed me. Apparently, all you need is a lot of money and a desire to drive like it was rented. However at 180 kph a moose, deer, or worse still a child on a bicycle or a piece of farm equipment plodding down the roadway will test the handling of the Audi and a probably exceed the skills of an untrained race driver. To me, that was reckless endangerment.

Back home, safely in my driveway, I expanded the mental question to wonder about reckless self-endangerment. That Audi driver was oblivious to the danger to himself (it may have been a woman driver but I couldn’t determine the sex at that speed). Had I, on my motorcycle, been exposing myself to reckless self-endangerment? Well, yes, I suppose motorcycles are more dangerous in certain situations than an automobile, even though mine has three wheels, not the usual two wheels. Trust me; the insurance industry recognizes that fact in their annual premium. What if, I wondered, if other insurance policies placed an additional amount on their policy premium or refused to insure in cases of reckless self-endangerment?

There are any number of activities that might fall into the category of ‘dangerous’  but I suspect that most of us just make a quick assessment of risk and take our chances.  What are the odds that if you overeat, eat unhealthy foods (I’m thinking too much salt and sugar), and don’t exercise that you will eventually end up with heart disease or diabetes? Is that reckless self-endangerment? Will your fellow citizens cover the cost of repairing you in our over-stressed healthcare system?

The answer for now is yes, we expect our fellow Canadians to look after us even if we indulge in activities dangerous to our health and well-being. We do not want to foster a nation of people who hesitate to do something because it carries risk, but we should keep in mind that reckless endangerment does carry penalties, both financial and personal.

Oh, by the way, that white Audi had Ontario plates. Well, they were blue on white, I think. Watch out for it. Just saying.