If Justin were really concerned about our Prosperity he would have cut the number of his cabinet minions, not increased them
Nov 25, 2019 9:11 AM By: Bill Walton 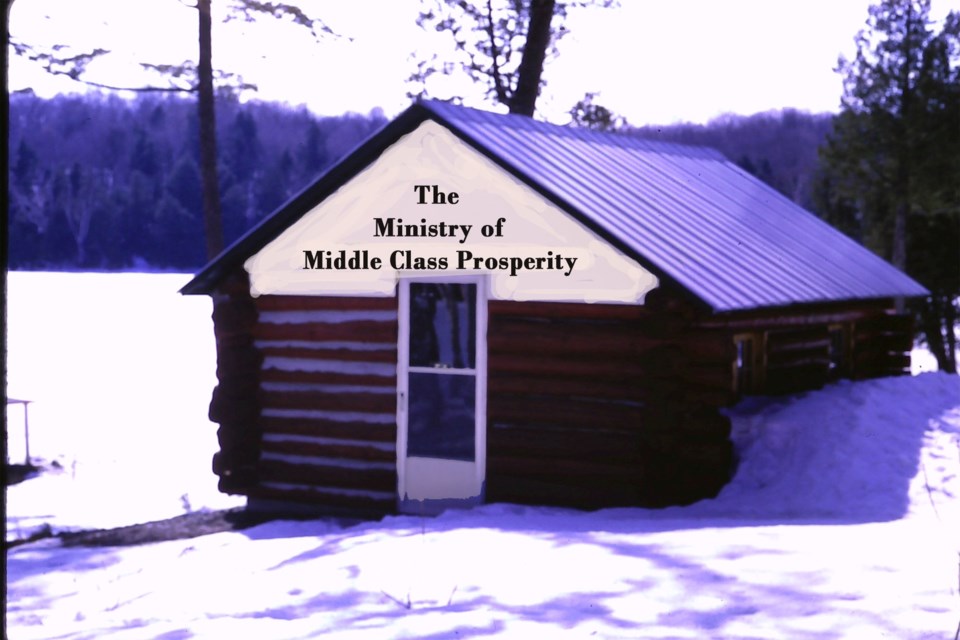 If you are a fan of Monty Python’s Flying Circus (or not yet a fan) you will have felt completely at ease with Justin’s appointment of Mona Fortier as the head of the Ministry of Middle Class Prosperity. One can only hope that Mona will not stumble on her first appearance in a public forum or us old-timers will cheer her for her rendition of John Cleese in the Ministry of Silly Walks skit.

Surely Justin was smoking one when he dreamed up this one. Or was it the ghost Gerry Butts who came up this title for another needless Ministry?

The Monty Python skits are timeless and can relate to our modern day in so many (almost) funny ways. Watch the Dead Parrot episode and tell me that Cleese doesn’t remind you of Don R. complaining about City Hall – not about a dead parrot - but taxes. How many ways can you say ‘taxes’? Try to count the number of ways Cleese tries to say ‘dead’ to make his point only to be rebuffed by the clerk with the spin he tries to put on the dead Norwegian Blue parrot.

The new Ministry of Middle Class Prosperity (MMCP) should bring hope to everyone in the Middle Class. The Middle Class is defined as those people whose annual income is between $25,000 and $66,000. The median after-tax household in North Bay, according to Stats Can is $52,300. The median personal income in our town is a mere $30,600. If you are on the sunshine list, the MMCP will not be there for you. You must fall under the Ministry of Upper Class Prosperity if your income is above the guidelines. Are you curious about the income classification of the people setting our City budget?

The sad thing about creating a Middle Class Prosperity Ministry is that they ought to have created a ministry for the Lower Class income people – those under $25,000 income. They are the ones who really need help. However, setting a Ministry for the Lower Class would signal to the world that Canada has an income disparity problem and that would never do, would it? How could we ever hope to get a seat on the UN Security Council if we had ministries whose purpose was to look after the people who are too poor to pay taxes let alone build arenas, sports fields, and pleasure Gardens for the Upper Class?

The thing is we tend to follow upper levels of government when we try to manage our municipal affairs. You can draw comparisons between Justin and Al; between Bill Morneau and Tanya; between Mona and - wait – we don’t have a department for middle class prosperity – yet. Maybe that new position in technology might be renamed – but no, the salary should be in line with the title of the position – middle class. Isn’t that a frightening thought – paying a wage comparable to the majority of the people you are governing? We can fix that.

The income brackets for Middle Class should be moved upwards to reflect the reality of the majority of Canadians. We can’t have our civil servants thinking they are in the Upper Class, can we? They must feel terribly uncomfortable knowing that there are people in their town or city who are in a state of subsistence –whose income is less than $25,000 per year. So the first order of business for the MMCP is to raise the bar. And while they are at it, raise the bar on that Sunshine list thing. One or two people at City Hall on the Sunshine list are enough.

On a cheerier note, back to Monty Python. Even if you do recall the skit about The Argument – watch it again. It surely reminds me of the impeachment hearings south of the border. No matter what anyone says, he or she gets an argument. If after watching the skits you are fully into an irreverent mood – try watching The Life of Brian. Or Question period. Or those moments of silence in memory of public presentations at Council.

And please don’t wet yourself laughing at the Ministry of Silly Walks – it could be in your future.