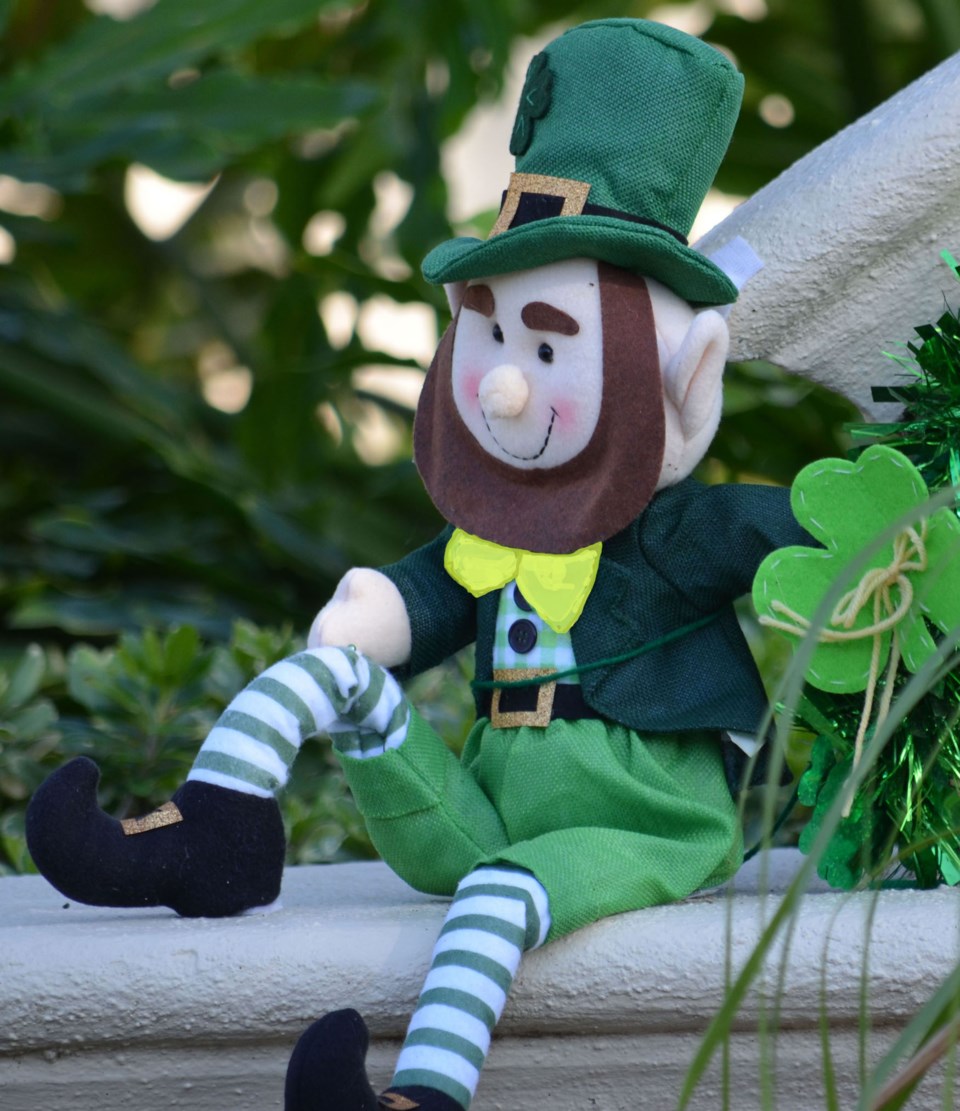 While the term applied to that particular event, versions of leprechaun budgeting and financial disclosure seem to be cropping up here in Canada. However, especially on St Patrick’s Day, we ought not to blame our financial forecast guesses on leprechauns.

Leprechauns, unless you have met one, are imaginary wee folk, who it is said, and surely it is to be believed, have magical powers that they can use only in dire circumstances. For instance, if you can catch the wee fellow by the coattails, you can force him to grant a wish or two for his release (this is not to be confused with a Deferred Prosecution Agreement where the leprechaun pays a fee for being so careless as to be caught).

Now, I caution you that a number of things Irish tend to be slight fabrications and outright exaggerations. Notwithstanding that a tall draught of Guinness is very tasty and there is some very nice Jameson whiskey distilled on the Emerald Isle, you must be careful with the Irish.

Sure he is said to have chased all the snakes from Ireland (and New Zealand, Iceland, Greenland, and the Antarctic where it is too cold and isolated for snakes) but himself was not even Irish. St Pat was a Roman (Ancestry.ca says he came from Italy and maybe be one of your ancestors) whereas truth to be told, he was born in Wales. He may have been a self-styled missionary but there is little proof that he ever ran into those blue Druids on his walking tours around Ireland. As for the shamrocks and the singing of Galway Bay, St Pat may have picked a few clovers and sung a couple of lines in a beautiful tenor voice, as we are all wont to try to do on slack days in the summer.

This is the time of year when governments in our country release their budget forecasts.

The bureaucrats, and I am beginning to suspect there may be a few leprechauns in their midst, write down all the money they think will be coming into their coffers, subtract admin fees (and other business practice incidentals such as bribery as did SNC). This is supposed to equal the money given back to the peons in services rendered. I say I suspect leprechauns are present because it is well known that leprechauns love a wee joke on the big people. They particularly like pulling the leg of a budget administrator. This would neatly explain why incoming governments always find discrepancies in the books, as well as the cupboard, being as empty as last year’s bird’s nest. This will also explain to our Mr. Rennick (his name sounds Irish to me) what makes his figures so confusing to some. Indeed, some have even called him a leprechaun among other less flattering names.

Recently a story came to my attention about an encounter between the head budget person and a leprechaun. To be clear, the story did not have a setting that would make it seem like North Bay, but perhaps some other city where the bureaucrats toil long into the night. Or it might have happened last year when the snow would not be over a leprechaun’s head as it is now.

Sure, and it was a lovely morning, the sun just peeping over the hills to the east, the soft mists rising off the pasture, the cows lowing as they walked to the barn for the morning milking. The head budget person was out for the morning stroll along the path that the joggers use as they do, running to clear the cobwebs from their minds, and from the overhanging trees along the KP way. Deep in thought of unbalanced numbers, the top budget person was stunned to see a wee folk sitting on a toadstool, smoking a tiny clay pipe, lost in its own thoughts.

Now the budget administrator, quite a well-read person, was fully aware that if one grabbed the little leprechaun by the coattails, the wee folk would have to grant a wish to obtain its freedom. That the leprechaun seemed undisturbed by the tall human lifting it up by the coattails may have been because the contents of the pipe were not that foul-smelling Gallagher’s Irish Twist which used to be their favourite tobacco, but a smoldering pack of the recently legalized weed.

The top of the morning to you, the leprechaun said. And I suppose you’ll next be asking me to grant you a wish. The aforesaid budget administrator smiled because the thoughts of finding some treasure for the treasury were top on the list of things to be wished for.

Well, says the budget boss, ever since I was a child I have heard the story about the pot of gold at the end of the rainbow. Is it true then?   Faith and begorrah, it is, it is, the leprechaun replied, a smile on its wrinkled face. The wee folk pointed to the sky where the sun had made a perfect rainbow in the morning mist. There’s a full rainbow over there just now. And I suppose you’ll be wishing there is a pot of gold there too.

‘Tis surely an easy thing, but are you certain, for once I grant your wish, I’ll be gone. It is a fair deal, the budgeteer nodded, get me to the end of the rainbow and you are free. The leprechaun waved his pipe, a few sparkles of gold dust floated to the ground, and the wee folk disappeared like a puff of smoke from an e-cigarette.

The budget boss ran to where the rainbow was still glowing in the morning mist, but alas, fading quickly as the sun rose higher in the sky. The multi-coloured arch was coming from a patch of fiddlehead ferns, nothing else. As the rainbow faded away, the budget boss cussed the leprechaun for lying but then stopped, slowly realizing the mistake: The budget boss had run to the wrong end of the rainbow!

Back in the office, the clerks were taking down the St Patrick’s Day decorations. The Budget Administrator was certain that one of the little green cloth leprechauns winked. Oh well, it would just have to be another Leprechaun Budget this year: full of blarney, shamrocks, and rainbows. And more taxes. As the leprechauns would say, from that pot of gold at the end of the rainbow.