A Priest, a Rabbi, and an Anglican Minister walk into a North Bay bar on a warm June Tuesday afternoon.
Jul 3, 2018 1:30 PM By: Bill Walton 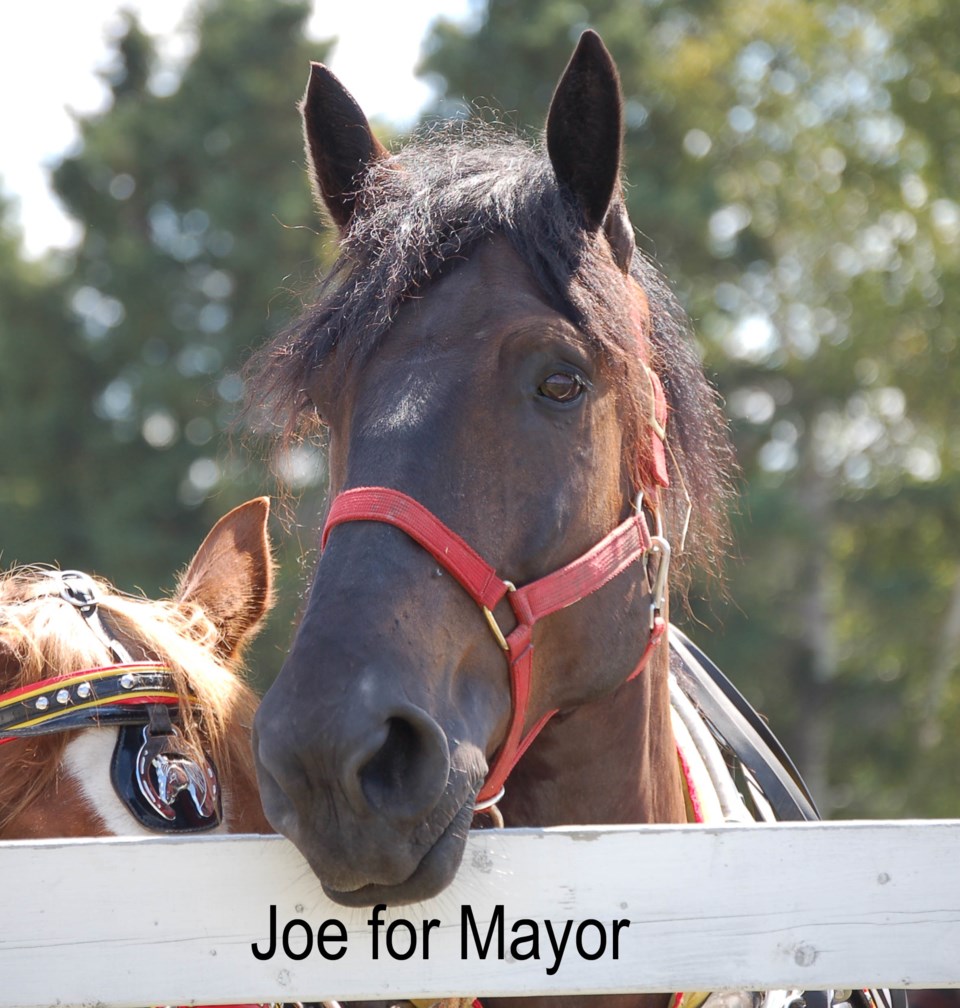 A Priest, a Rabbi, and an Anglican Minister walk into a North Bay bar on a warm June Tuesday afternoon. Okay, that’s not true. After all, this is North Bay. Our men of the cloth don’t drink before 5 p.m. Neither is the following fictional scenario true but stay with me if you have a minute to spare.

A man walks into a bar and says, ‘I’m running for Mayor – the drinks are on the house’.

The bartender says, ‘There is only Pat and me in the place but you are welcome to buy a round. I don’t recall seeing your picture in the paper as one of the candidates.’

‘No, I haven’t got that far yet. I still need a couple more names on this form. Apparently, you’re not supposed to advertise or stick up signs until you have this paper signed and returned to City Hall. I’ll have one of your local beers. Have to support our local businesses. That’s on my list for change: Live Local – Buy Local.’

“Okay, I have one on tap. What else is on your list of things you would do if you were Mayor? Pat, you want a free beer?’ Pat nods his approval.

‘The first thing I’m going to do is cut the business taxes – way down. Just like that fellow Trump did in the States. Look how well that worked. That will bring in more jobs.’

Pat took a sip of his beer and said, ‘That was income taxes. You think cutting the Commercial and Industrial property taxes will stimulate the economy in the City?’

‘I like that word – stimulate – must get that on a sign somewhere. My cousin Vinny is doing my signs. Sure, cut those taxes. Stimulate new business. More jobs – that’s my motto.’

‘But if you cut the business taxes won’t the other rates have to go up?’

‘No. I have it on good authority that there are big Reserves at City Hall – enough to cover the residential tax increases for years. And if we need more money we just tell North Bay Hydro to give us some.’

‘I’m not sure they have any more to spare. But I like the idea of lower taxes. What with the minimum wage going up, I may have to raise my prices. People need their spare change to get a taxi home,’ the bartender said.

‘There’s another thing. The taxi business. I’m going to get after Uber and bring them to town. As soon as I’m elected I’ll get on that Police Board and fix that.’

“I’m not sure that is a problem, but what else are you going to do?’ Pat asks.

‘I’m going to cut costs. It’s time to drain the swamp – sweep with a new broom – no stone unturned – to save the taxpayers money. No more free lunches, trips to other cities by councillors– except for me. And that staff review at City Hall – going to get that done. If I have to do it myself.’

‘Where did you get all these ideas? The Taxpayers organization?’

‘Never heard of them. No connection at all – not on our signs. I get my information from the social media. My sister-in-law has some stuff ready for my campaign. Facebook, Twitter, Instagram – all that stuff. She already has hundreds of likes.’

‘I thought you weren’t supposed to do that until you filed your papers,’ the bartender said.

‘Really? I don’t think social media counts – just lawn signs. But I’m sure it’s okay. My friend who has taken a law course said it was okay as long as I didn’t use my name on the ads. So we’re just saying ‘Joe – The Dark Horse for Mayor’. Then at the right time, we’ll reveal all.’

‘That sounds like the plan all right. Do you have any backers,” Pat asked.

‘Sure. But they want to remain anonymous. When I win and have to make decisions on land deals, they don’t want their names to come up. You can understand that. Let’s just say there’s Old money and New money – you know what I mean?’

‘So you have no “connections”?’

‘Well, I know the new Minister of Finance really well. That will be important.’

‘Yep – shook his hand just before the election.’

‘Well, Joe, I’ll certainly consider giving you my vote in November. That’ll be $12.50 for the two beers.’

‘Not for local craft beer.’

‘The Mayor doesn’t have a tab.’

‘I heard he had them all over town? I will when I’m Mayor.’

‘Not true. Mayors always pay their way. Well, maybe not Merle, rest his soul. Will that be cash or debit?’

‘My accountant says to put all my election expenses on this new Debit card.’

‘Can you do that before you file?’ Pat asked.

“Uh, why not. It’s just a couple of beers. That hardly counts. Anyway, will you put your name on this form for me?’

‘Sure. Give me a pen. I live in Mattawa – does that matter?’

“Uh – just put down a street name – nobody will check it. Keep the pen – See, it says Joe for Mayor – pretty neat, eh? Had these made last winter.’

‘You been planning this for a while, eh?’