BRIDGEPORT, Conn. — Bruno DiFabio, a celebrity pizza chef who owns restaurants in Connecticut and New York, was sentenced to 30 days in prison Thursday for tax evasion.
May 6, 2021 5:27 PM By: Canadian Press 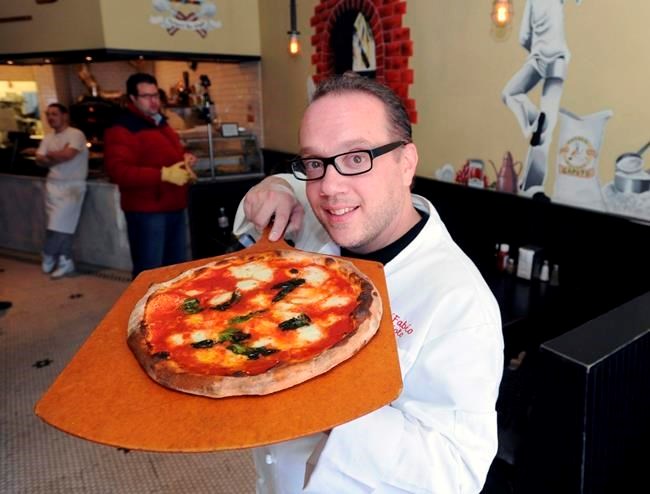 BRIDGEPORT, Conn. — Bruno DiFabio, a celebrity pizza chef who owns restaurants in Connecticut and New York, was sentenced to 30 days in prison Thursday for tax evasion.

DiFabio, 51, known as “Lord of the Pies” and for appearing on “Chopped” and other TV shows, was sentenced in federal court in Bridgeport, Connecticut. He was ordered to report to prison on July 12 and remains free on $100,000 bail.

Federal prosecutors said DiFabio, of Ridgefield, Connecticut, schemed with others to hide income from the restaurants, resulting in a more than $800,000 loss in tax revenue to the federal government. He pleaded guilty in 2018 to conspiracy to file false income tax returns and false payroll tax returns.

“Everything is true,” he said in court, according to a Hearst Connecticut Media report. “I engaged in negligent and I’m not proud of it. I did this fully knowing that I was doing something illegal and I minimized the extent of it. And I allowed it to go on as I became more successful in business and I opened up more restaurants.

“I did this out of arrogance and I am very sorry and I do understand the impacts of my ,” he said.

DiFabio has owned several restaurants in wealthy suburbs north of New York City and in southwestern Connecticut, including Pinocchio Pizza locations in Pound Ridge, New York, and the Connecticut towns of New Canaan and Wilton.

Prosecutors said he has paid about $125,000 in restitution and has agreed to provide additional assets to make full restitution.