Authors of UK racism report hit back at 'misrepresentation'

LONDON — The commission behind a report that concluded that Britain doesn't have a systemic problem with racism has defended itself against critics, some of whom have argued that it downplayed the country's historic role in slavery.
Apr 3, 2021 7:23 AM By: Canadian Press 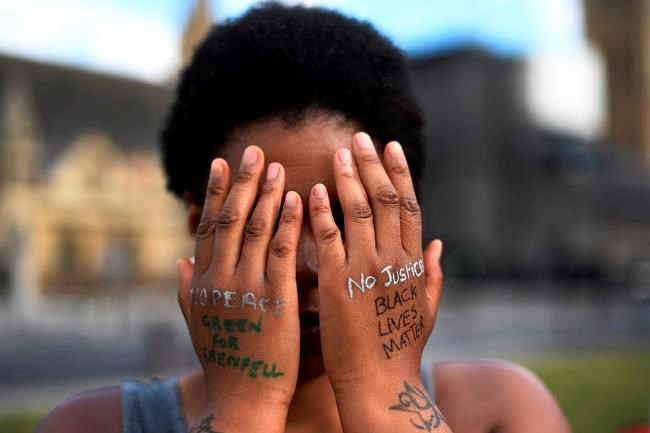 LONDON — The commission behind a report that concluded that Britain doesn't have a systemic problem with racism has defended itself against critics, some of whom have argued that it downplayed the country's historic role in slavery.

In a response late Friday, the Commission on Race and Ethnic Disparities said disagreement with the government-backed review had “tipped into misrepresentation" and it took particular umbrage at accusations that it put a positive spin on slavery.

“This misrepresentation risks undermining the purpose of the report — understanding and addressing the causes of inequality in the U.K. — and any of the positive work that results from it," the commission said in a statement.

The Conservative government launched the commission’s inquiry into racial disparities in the wake of last year's Black Lives Matter movement. The panel of experts, which was made up of 11 members from a broad cross section of ethnic backgrounds, concluded that while “outright racism” exists in Britain, the country is not “institutionally racist” or “rigged” against minorities.

Citing strides to close gaps between ethnic groups in educational and economic achievement, the report, which was published Wednesday, said race was becoming “less important” as a factor in creating disparities that also are fueled by class and family backgrounds.

Many academics, lawmakers unions and anti-racism activists were skeptical of the findings in the 258-page report, with some claiming the commission ignored barriers to equality, while others said it downplayed the ongoing legacy of Britain's colonial past as well as its role in slavery.

David Olusoga, professor of public history at Manchester University and one of Britain's leading academics on slavery, became the latest to join in the criticism.

“Determined to privilege comforting national myths over hard historical truths, they (the panel) give the impression of being people who would prefer this history to be brushed back under the carpet,” he wrote in a piece for The Guardian newspaper published Saturday.

In their statement published before Olusoga's article, the commission said the idea it would downplay the atrocities of slavery “is as absurd as it is offensive to every one of us” and described the personal attacks on its members as “irresponsible and dangerous."

“We have never said that racism does not exist in society or in institutions," it said. "We say the contrary: racism is real and we must do more to tackle it.”

Like other countries, Britain has faced an uncomfortable reckoning with race since the death of George Floyd, a Black American, by a white police officer in May 2020, which sparked anti-racism protests around the world.

Large crowds at Black Lives Matter protests across the U.K. last summer called on the government and institutions to face up to the legacy of the British Empire and the country’s extensive profits from the slave trade.

The toppling of a statue of 17th-century slave trader Edward Colston in the city of Bristol in June prompted a pointed debate about how to deal with Britain’s past. Many felt such statues extol racism and are an affront to Black Britons. Others, including the prime minister, argued that removing them was erasing a piece of history.