Voodoos bring in a pair of Americans

'I want to continue my hockey career in a winning environment and I think that’s what we have in Powassan'
0
Aug 14, 2019 3:00 PM By: BayToday Staff 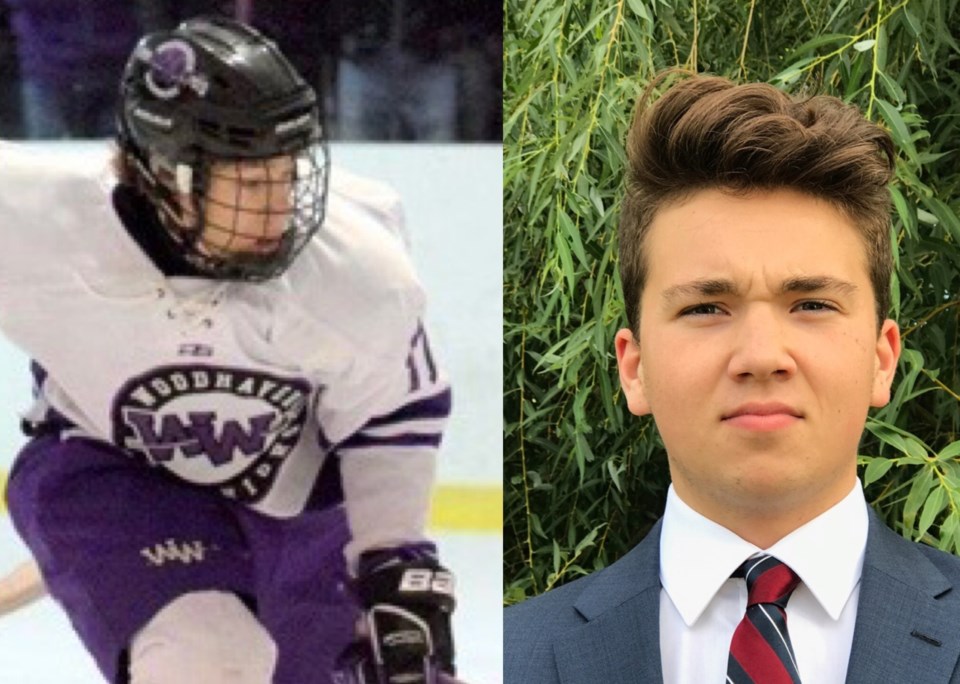 Forward Dylan Gajewski and goalie Luke Greenwood join the Voodoos for the 2019-20 season. Photo supplied.
The Powassan Voodoos have signed two players from south of the border as the NOJHL club continues to prepare for the upcoming season, the team announced on Wednesday.

They have added forward Dylan Gajewski and goaltender Luke Greenwood.

Gajewski, a 5'9"speedy 18-year-old, netted 28 goals along with 22 assists for 50 points in 25 games with Brownstown Woodhaven High in the U.S. High School Michigan league.

Max Gavin, Voodoos head coach and assistant general manager, says Gajewski caught his eye at a training camp in the U.S. this summer.

“Dylan is a crafty highly skilled player and he lives it all out there every time he steps on the ice,” said Gavin.

“We have built a good relationship over the past year so when he chose Powassan so it was exciting for our staff.”

Gajewski can’t wait to make the trip north to join the Voodoos.

“It means a lot to join a program with a great history of winning and also moving players on, that’s huge for me. I want to continue my hockey career in a winning environment and I think that’s what we have in Powassan,” he said.

Greenwood, 18, was identified by the Voodoos U.S. scout Mario Liberati.  The 6’0” goaltender put up stingy numbers with the Chicago Mission U18 team last season sporting a 1.68 goals-against average along with a solid .930 save percentage in 10 games last season.

“We like what we have seen in Greenwood’s game,” said Voodoos GM Chris Dawson.

“He is a very focussed and positionally sound goalie who has high aspirations.  We are excited to have him in Powassan.”

Greenwood is extremely excited to play for the Voodoos.

“I want to thank the club for the opportunity and I am looking forward to getting there and getting the season started,” said Greenwood.

Greenwood and Gajewski will join the Voodoos for the start of training camp on August 23.

The Voodoos open the pre-season on Sunday, August 25 when they host the visiting Rayside-Balfour Canadiens.  Puck drop is set for 2 p.m. at the Powassan Sportsplex.