'I'm looking forward to taking the confidence I gained from playing midget to the junior level'
Jul 14, 2017 7:41 AM By: BayToday Staff 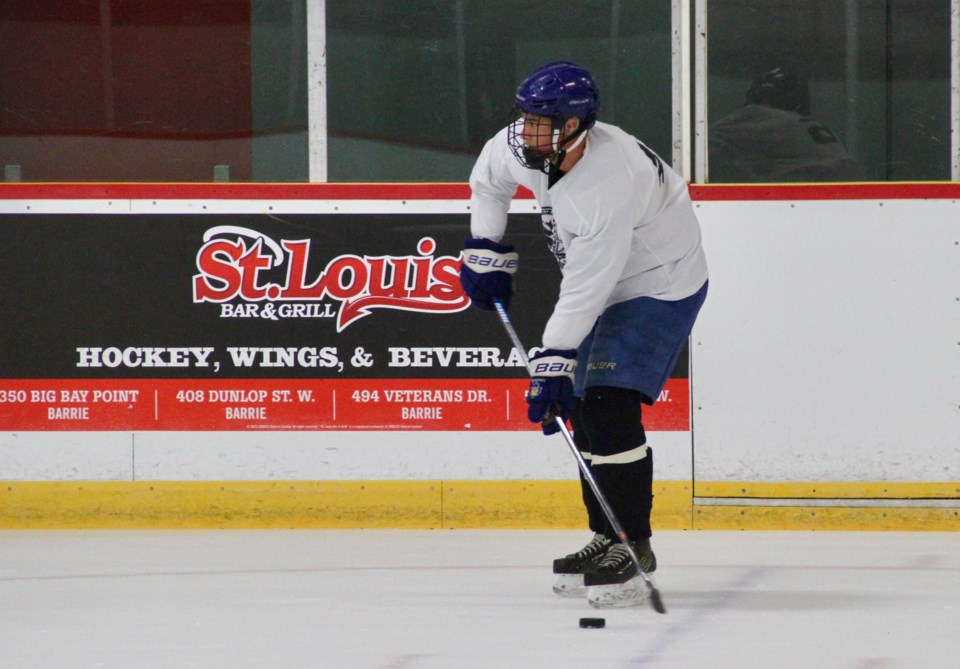 Aaron Dickson saw what his former teammate Nate McDonald did when he jumped from the Toronto Marlies Major Midgets to the Powassan Voodoos, and he wants to do the same.

After all, his former teammate came to Powassan, was named the regular season league MVP and won an NOJHL championship, along with a NCAA Division I commitment.

“One of my past teammates Nate McDonald highly recommended the program saying it was the best year of his life,” said the Mississauga product.

“I really like the fact that they run the program like a pro team. I'm looking forward to taking the confidence I gained from playing midget to the junior level,” added Dickson.

“I love to play with speed, as well as put the puck in the net, and I have high expectations for myself next season. I hope all the boys can come together as well as they did last season and we can rally through to the RBC.”

The hard shooting forward netted 31 goals along with 25 assists for 56 points in 59 games with the Toronto Marlies Major Midgets last year.

“His game has developed offensively and has a scoring touch where it takes him 1-2 chances to score,” said Moyer.

“He's a player that is going to come and push to be a top 6 forward and has played for some great coaches in the GTHL and that will ease his transition to the NOJHL.”

“Aaron is a player that's always left me impressed with his ability to not only score goals but big and timely goals for his team,” said Mackley.

“Aaron has an elite shot that comes off a quick release and shows both accuracy and velocity behind it.”

Dickson will join his new Voodoos teammates on August 24th in Powassan when the team opens its main camp for the 2017-18 season.