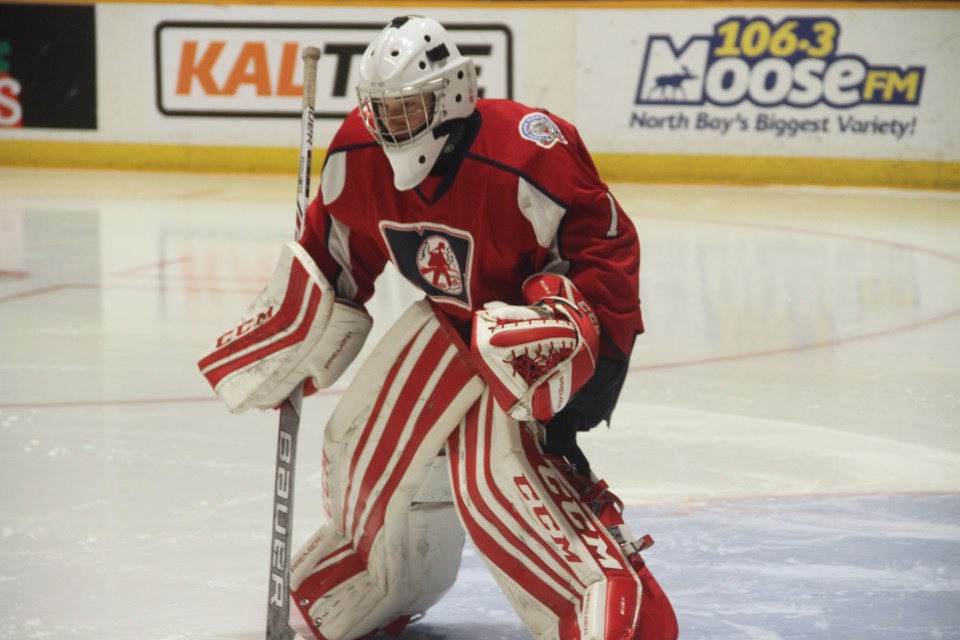 Joel Rainville got the win in goal for the Trappers over the rival Greyhounds. File photo.

Bailey Chenier, Mason McMahon, Ian Denomme, and Matt Hardwick did the scoring for the Trappers in the home victory.

Joel Rainville had 16 saves in goal for the Trappers.

OHL draft prospect Camaryn Baber had the lone goal for the visitors.

The Trappers are back on the ice Friday night when they travel to Timmins to face the Majors.