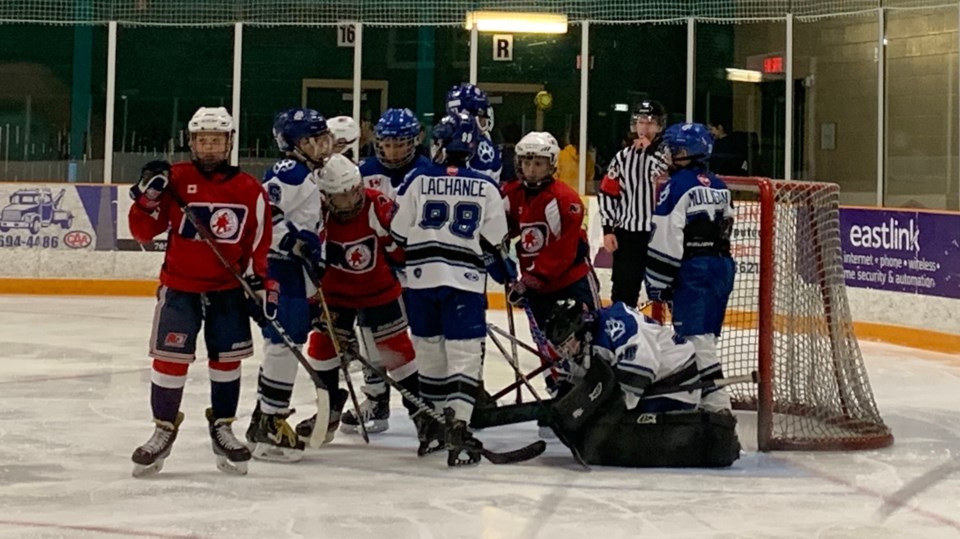 After a tough weekend down south in Barrie, the Major Peewee Trappers were looking to get back into regular-season action on Saturday against the Nickel City Sons.

The two teams met for the second time this season at the Sturgeon Falls arena.

North Bay seemed to continue where they left off in Barrie as the North Bay squad continued to run into penalty trouble, but the Trappers were able to fend off the Sons' powerplay.

With strong play from their netminder Jackson Curran and goals from Jackson Culin, Hudson Prisco-Duquette and Briir Long, the Trappers took game one of the weekend series 3-1.

The Trappers continued to build from that win as Briir Long scored four times in a convincing 6-1 Trappers victory.  Brant Romaniuk and Austin O’Shell had the other goals in the win.

Long added two assists to finish with six points, while Nick Corbeil added an assist on the O’Shell tally.

Trappers goalie Owen Heroux had a solid game allowing only one goal to get past him in the Trappers win.

The North Bay & District Minor Peewee AAA Trappers travelled to Sudbury for a triple-header against the Wolves last weekend.

Game one resulted in a 7-1 loss with forward Cameron Lockhart scoring the lone Trappers goal. Game 2 was the same 7-1 result, with Lockhart breaking shutout hopes again.

Game three found the Trappers down 5-0 going into the third.

Goaltender Terry Bradley managed to fend off the Wolves in the third, however, the Trappers were unable to find the net.

The Trappers travel to Sudbury this weekend for Big Nickel tournament play.