The event was held virtually with former Titan and Olympian Dominique Bouchard taking part in the Zoom session too
Jun 30, 2020 8:27 AM By: BayToday Staff 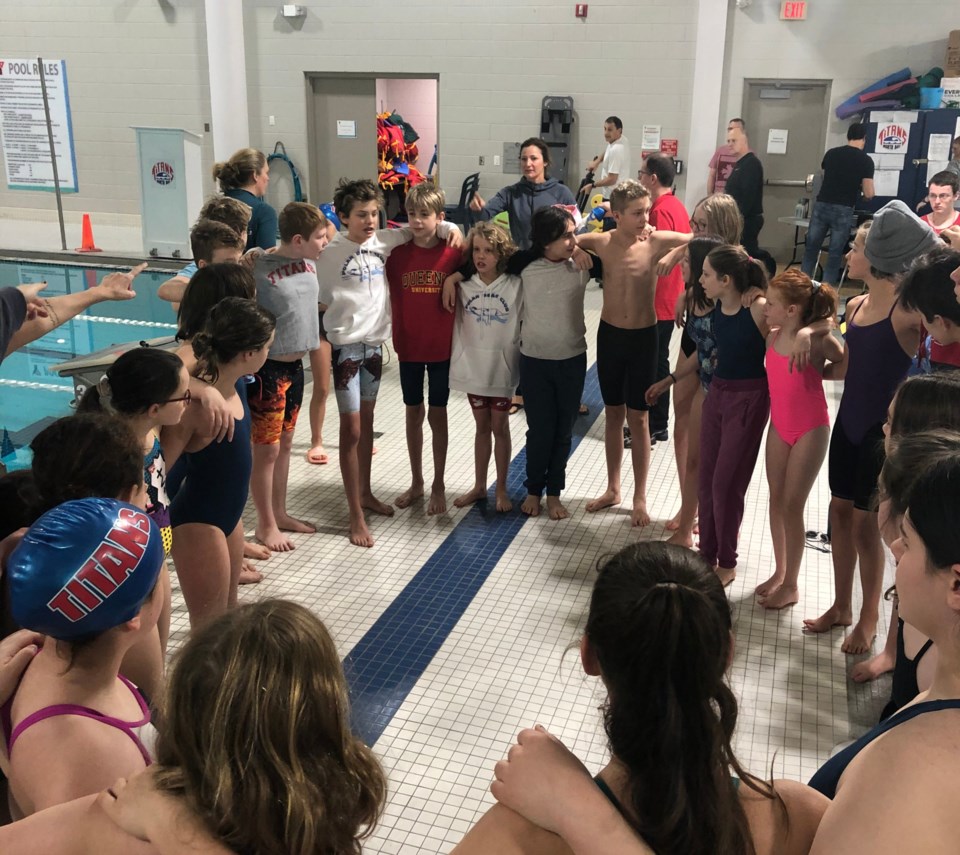 The North Bay Titans capped off the shortened, but still busy and successful swim season, with their 53rd annual awards ceremony Friday night.

The event was held virtually with former Titan and Olympian Dominique Bouchard taking part in the Zoom session too.

She announced Jenna Wall is this year's winner of the 'Dominique Bouchard Swimmer of the Year' award.

Wall won the award based on her exceptional performance in the 100BR at the Ontario Junior International and was one of the youngest swimmers in the finals against teams from the US, Japan, Canada and Britain.

She also set a pool record this season.

Even though the season was cut short by four months, it was a resounding success with unprecedented growth of 70 swimmers and performances at the regional, provincial and national level.

"Considering the depth of history and quality our club has had throughout the years with names like Dominique Bouchard and Jennifer Leckie I was quite impressed with the performance of the team in my first season with the club," said new Head Coach John Mcleod.

He was honoured for his dedication and tireless efforts behind the scenes for the club.

Gough was crucial in the development of the first heats & finals competition in recent memory this past February.

Rookie of the year (awarded to the swimmer that shows commitment, growth and team spirit in their first season with the club)
Awarded to Desmond Henderson (M), Josie Piper (F)

Dominique Bouchard - Swimmer of the Year
Awarded to Jenna Wall - for her 100BR performance at Ontario Junior International (1:12.37 SCM- 651 pts)

President's Award (awarded to the graduating swimmer who remains a member of our organization)
Awarded to Leah Dawson, after 11 years with the North Bay Titans, Leah is proudly attending Laurentian University and will continue her swimming career with the Voyageurs in the fall.

The Titans remain hopeful that the organization will be allowed to return to the pool at the YMCA as soon as possible to continue to offer swimming to athletes of all ages.