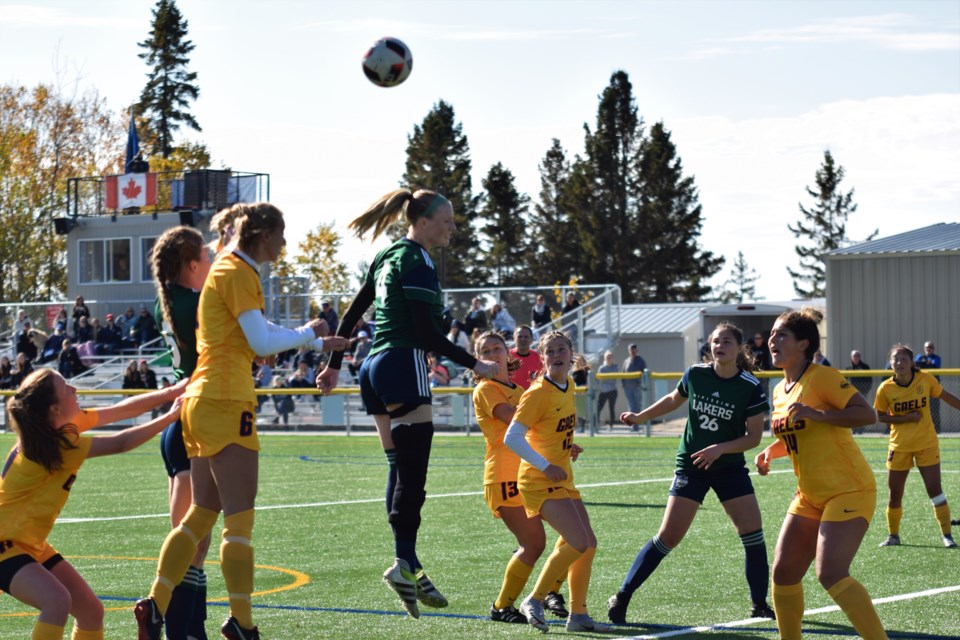 The Nipissing Lakers women’s soccer team had one last challenge ahead of them to close out the regular season.

Sunday afternoon the Lakers hosted the undefeated Queens Gaels to close things out before both teams hit the OUA post-season, which begins Wednesday.

The Lakers fell a goal short in the end, losing 3-2 despite holding a pair of one-goal leads.

The lone goal of the first half came off the foot of Madison Logan, who made no mistake in finding the back of the net to put Nipissing up 1-0.

The score remained the same into halftime before the teams combined for four goals in the final 15 minutes.

The Gaels tied the game at the 76-minute mark, just three minutes before Logan scored her second of the game to regain the lead for Nipissing.

The Gaels answered a minute late to tie the game once again before the game-deciding goal came in the 82-minute.

A late push wasn’t enough for the Lakers as they came up short against the national ranked Gaels.

Mykaela Volpe finished with five saves in net for the Lakers, as she was tagged with the loss despite making some acrobatic saves.

Nipissing will now focus their attention on the playoffs as they prepare for a Round one matchup Wednesday evening.

Game time is set for 6 p.m., but the opponent will be confirmed Sunday night and/or Monday morning.