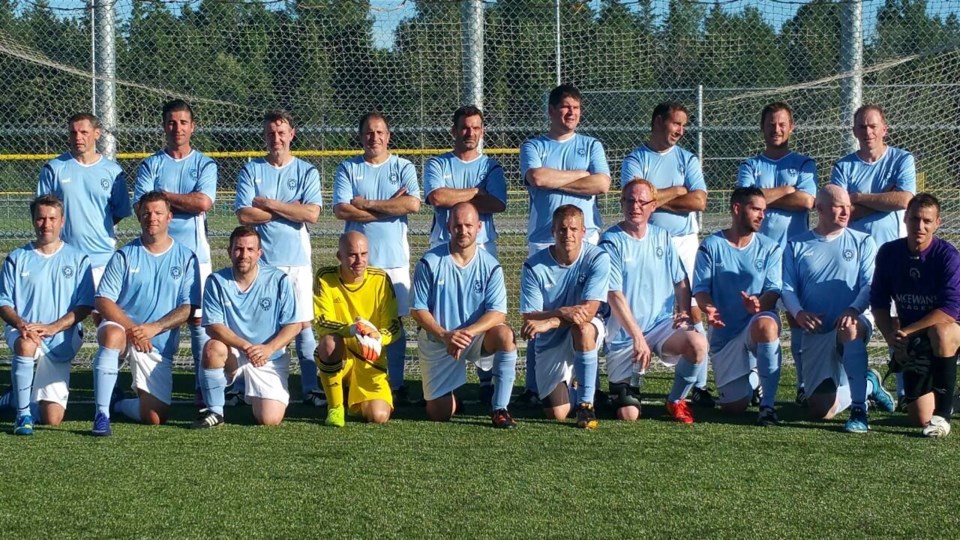 North Bay came up on top 3-2 over Sudbury in the first game of a home and home Northern Ontario Masters Championship event on Saturday at the Steve Omischl Sports Complex in North Bay.

The opening game got cancelled late Friday night as Sudbury was unable to field‎ a team due to a unforeseen emergency with a team member.

On Saturday, the Over 35 Northern Ontario Masters Championship was very close score line, but North Bay controlled much of the play. Goal scorers for North Bay were Scott Buchanan, Jason Long and game winner was put in by David Bitonti.

North Bay will travel on August 6th to Sudbury to complete the home and home series.

A special ceremony took place prior to the game thanking Mike Long on behalf of the Nipissing District Adult Soccer Club.