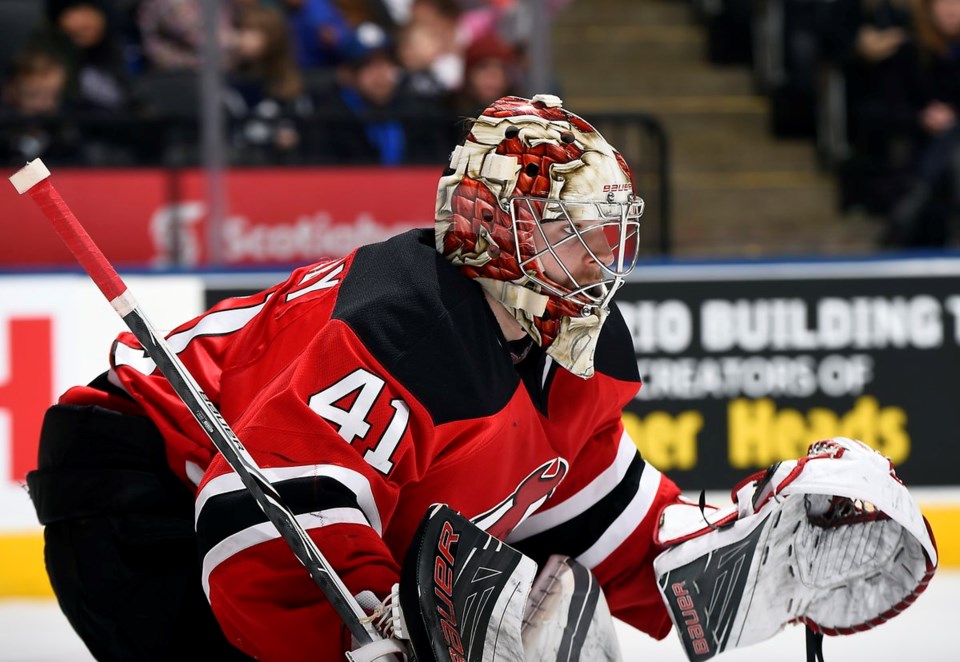 It's the day he played his first NHL game.

The New Jersey Devils prospect was called up from the AHL when Devils starter Corey Schneider went down with an injury.

Appleby, who was called up to the Devils last year but never got into a game, came into the first period of the Devils vs Flyers game in Philadelphia this afternoon as Keith Kincaid struggled by allowing three goals on seven shots and was replaced by Appleby in the first period.

Appleby was perfect making 24 saves in a 3-1 loss.

"I felt good in there, I was a little nervous off the start but once I started to feel some shots it felt good so," Appleby said to reporters post game.

The 22-year-old North Bay native, who has been playing in the AHL with the Binghamton Devils, was signed as a free agent with the Devils after leading the Oshawa Generals to a Memorial Cup victory in 2015.

The last North Bay native to dress for a regular season NHL game was Craig Rivet with the Columbus Blue Jackets back during the 2010-11 season.

However, North Bay is well represented in the NHL coaching fraternity as Mike Yeo is the head coach of the St. Louis Blues.