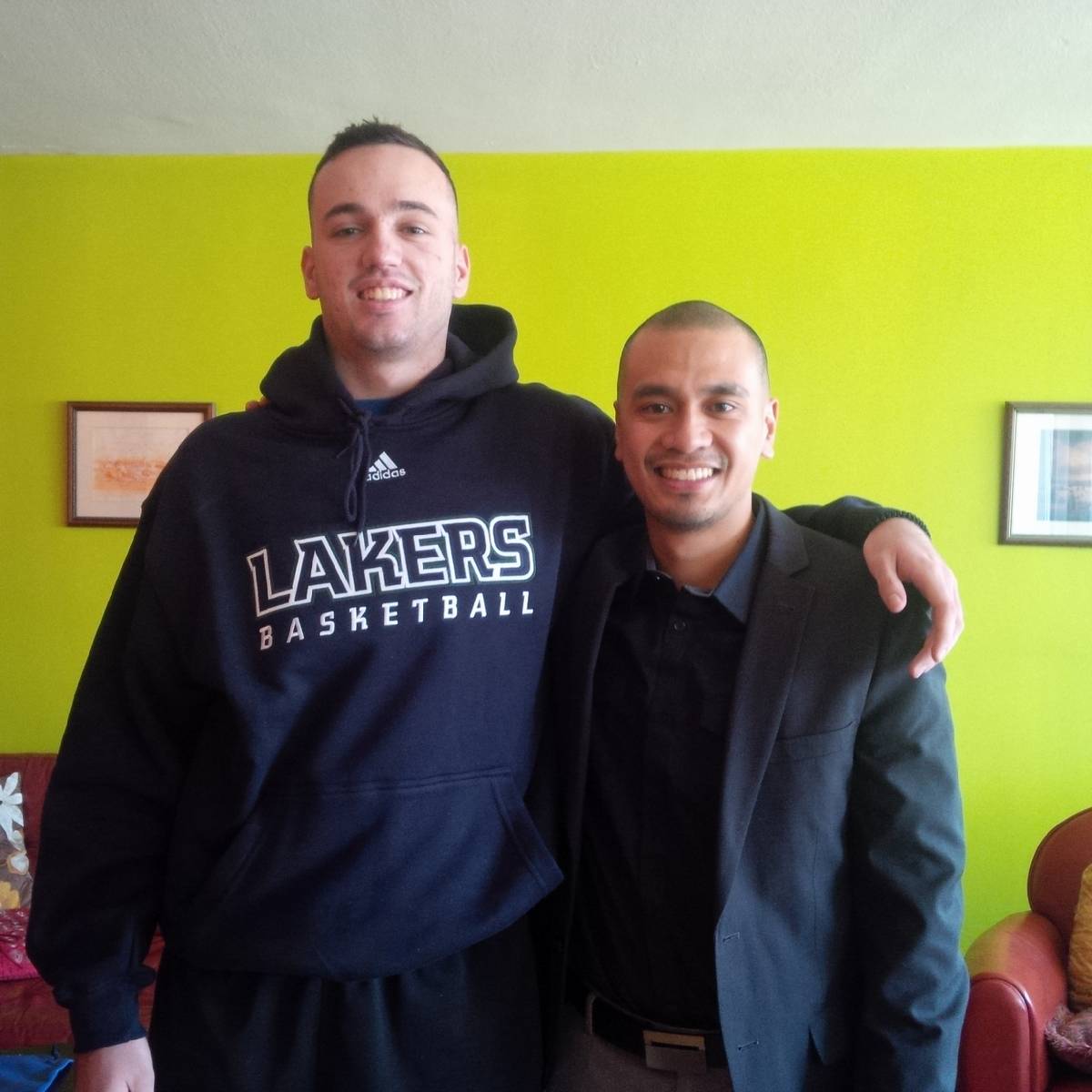 As the old saying goes, three’s a crowd, and it usually isn’t a positive thing, but in the case of the Nipissing Lakers men’s basketball team, it’s great news.

The Lakers have signed three top recruits, putting together a very strong foundation for the inaugural season, which kicks off next fall.

Led by head coach Chris Cheng and his coaching staff, the Lakers had brought in Filip Music (6-foot-3), a point guard from Toronto, Marcos Clennon (6-foot-7), a forward from Mississauga and Marvin Ngonadi (6-foot-8), a post player from Toronto.

The three, combined with the players the Lakers have already signed, creates a strong core for the program.

“Each player brings a different skill set to our program, but the skill set they have is at a high level. Their individual passion for the game, their dedication and discipline to improve daily, and their overall maturity as an individual are what stood out to my staff and I,” Cheng said of the trio. “These are the reasons why they are really good basketball players. Each has been exposed to high-level basketball either or both here in Canada and in the United States. They are ready to compete and like me, are eager to get started.”

Music, who will be studying business at Nipissing, played his club basketball with Grassroots Canada, while attending IMG Academy and is a provincial team member.

He said the excitement is growing every day, preparing for next season.

“I'm really excited to be a part of the program. It's a first year basketball program with a really bright future; it was just something that I couldn't pass up on. I feel like we can do some special things next season and for many years to come,” Music said. “I loved the atmosphere at the school and how supportive and passionate everybody was about this upcoming season. It was really nice to see.

Music explained that his relationship with Cheng was a huge reason he chose Nipissing and the Lakers, and he’s looking forward to creating something special with the basketball program.

Music said it’s an honour to be recruited and sign with any OUA/CIS school, but one in its first year is even more special.

“It means a lot being a part of this brand new recruiting class because it just means that we have the chance to be a part of something special and make history for the program. We will always be remembered for being the first players on the team,” he explained.

Cheng said Music has a lot of tools he can use to make the Lakers better and the program is lucky to have a player with his talents.

“I have known Filip for a long time and I have watched his game progressed since he was in middle school. He is a point guard that see’s the floor well and has the ability to read the second pass which is critical for any point guard. He has the ability to read the ball-screen well and can get into the paint and finish with a variety of creative finishes, creating for others by his passing and decision-making ability, and his ability to shoot the 3 and dribble pull-up,” Cheng said. “He is definitely the type of point guard we identified for our team to compete in our league especially our division. What’s more important about Filip is his ability to defend the guard position.”

Clennon, who has been named a Peel All-Star this year, said there are several reasons he chose the Lakers basketball program, but one of the big things was being able to progress as a player and as a student-athlete.

He explained that he feels Cheng is the right man to help him reach his potential and excel on the court, in the classroom – where he’ll be studying sociology – and in life.

“The Main reason for signing at Nipissing is that I see Coach Chris as someone that is interested in developing me as the best player I can be, essentially reaching my full potential,” he said. “I see it (the first recruiting class) as the best opportunity to build a dynasty team from the ground up with a bunch of players that are trying to grind as hard as me, pushing each other to our limits.”

Cheng said while bringing the best players to the program is important, he has to assemble the best team, and not just the best group of individuals.

“Marcos brings a variety of skills to our program. He can handle the ball in the full-court, can play in the post and perimeter, has the ability to create his own shot and for others, can pass with both hands and has the athleticism that will ‘wow’ you when he leaves his feet. What is most impressive is that he takes pride in the defensive end to generate his offence and that of the team,” Cheng said of the Father Michael Goetz student and Caledon Cougars club member. “Marcos has the ability to play and defend multiple positions. With Marcos dedication to growing his skill set, he can be a driving force for our program at both ends of the floor for years to come.”

And last – but certainly not least – of the three signings is Ngonadi, who will join Music in the business program at Nipissing.

Ngonadi is a Thornlea Secondary School student and a member of the Triple Balance club. He said he prides himself on being able to play both ends of the court, play every situation and do a variety of different things to help the team.

“I'm a team player; I'm not selfish I like to make my teammates better. I don't limit myself to just one thing. I can look for my own shot also do the little things that count,” he said of his own play. “I play well at both ends of offence and defence, block shots, grab rebounds, get steals and hustle.”

Cheng feels Ngonadi can bring a lot to the court for the program and can provide the team with skills in several different areas, making not only him, but also the team, a much more dangerous threat.

“When I think of Marvin, I think of power, length, athleticism and skills. Not many programs have the luxury of having a 6-foot-8 post that has all 4 areas; we are happy to say that Nipissing has that player,” Cheng explained. “Marvin can shoot within 15 feet, he can handle the ball, pass the ball with either hand and he changes shots in the paint, rebounds well and has a quick second jump. His size and ability is the type of player we need to compete."

Lakers athletic director Vito Castiglione said the addition of these three athletes, along with the earlier signings has the Lakers in a good spot to compete immediately, in their first season in the OUA, and that’s exciting for the athletic department.

“The hard work Coach Cheng and his staff have done in bringing these student athletes to Nipissing is great to see. We’re all looking forward to seeing them succeed on the court and in the classroom and helping boost Nipissing and the Lakers’ profile,” he said.

The recruiting class Cheng has assembled has all the makings of being a top team in the OUA and the CIS. There are obviously many challenges ahead, but with the talent level, the drive and the attitude of the players joining the Lakers, things are looking very positive.

"I am excited with the direction of our recruiting class. To add Filip, Marcos, and Marvin with Wil and Michael is quite an impressive group thus far but we are far from done. My staff and I are still working relentlessly with our remaining targeted athletes,” Cheng said. “We hope that the pieces we have added will further intrigue their interest with our University and program. The work never stops for us here at Nipissing.”

Playoffs still a possibility for Voodoos
Nov 24, 2020 7:00 PM
Comments
We welcome your feedback and encourage you to share your thoughts. We ask that you be respectful of others and their points of view, refrain from personal attacks and stay on topic. To learn about our commenting policies and how we moderate, please read our Community Guidelines.