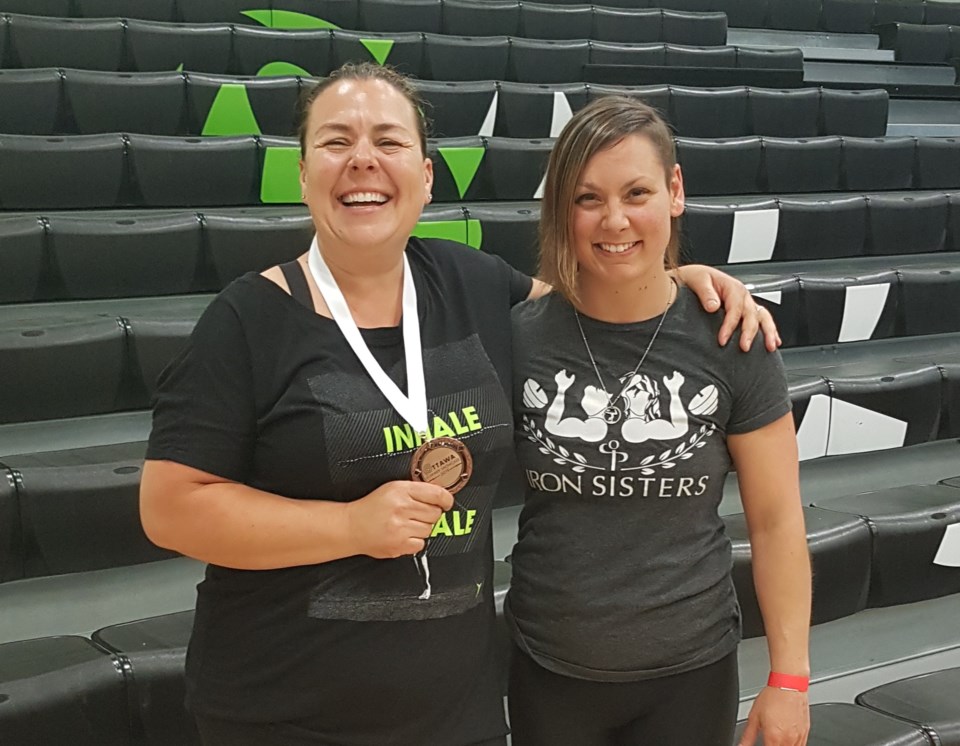 Two athletes from North Bay competed at the Ottawa Summer Showcase on the weekend, breaking some records and bringing home some hardware.

Yasmin Gergi competed at her first-ever competition, in the 84kg+ category, taking home a bronze medal for her overall performance. Her best lifts were 85kg for squat, 65kg for the bench press and a 117.5kg deadlift. Gergi has only been training in powerlifting for nine months and has already qualified for Provincials taking place in November.

Kim Crumpton made her debut in the 63kg class, hitting a personal record in the squat with 75kg, and breaking Provincial records in the bench press and deadlift. Her lifts were 55kg and 120kg respectively, in the Master 3 division. Crumpton also holds the records for her age class in both the 52kg and 57kg weight classes. She finished the day with a 250kg total.

This competition was used in preparation for the upcoming Commonwealth Championships where she will represent Canada in the Bench Only and Three Lift Competitions to be held in St. Johns Newfoundland Sept.14 to 21. Crumpton wishes to thank Enterprise North Bay for their ongoing Sponsorship.