The Trappers defeated the Scarborough Young Bruins in the final
Sep 12, 2019 7:51 AM By: Chris Dawson 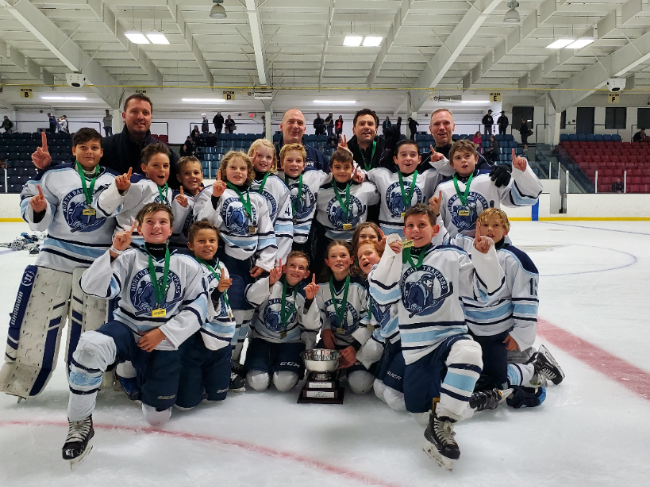 The Atom Major AA Trappers have kicked off their season by bringing home another championship trophy at their first tournament in Richmond Hill this past weekend.  They travelled to the Mary Parkinson Memorial AA Early Bird Tournament and were ready to play. They showed their speed, skill and effort and remained undefeated throughout the round-robin portion of the tournament.

They had a full Friday with three games, facing off against the Caledon Hawks, the Newmarket Redmen and the TNT Tornados.   On Saturday they won against the West Niagara Flying Aces which ranked them first place and brought them to the semi-finals on Sunday.  They faced the Markham Waxers and outshot them 30 to 9, with a final score of 5-1.

Next, they faced the Scarborough Young Bruins in the finals - a team that was ranked top ten in the province last season.

The Trappers team showed up, gave their 100% effort to dominate the finals with a score of 5-0.

Over the weekend the boys had 36 goals for, 1 goal against and 5 shutout games.

This team is definitely looking forward to a season full of hard work and team play!