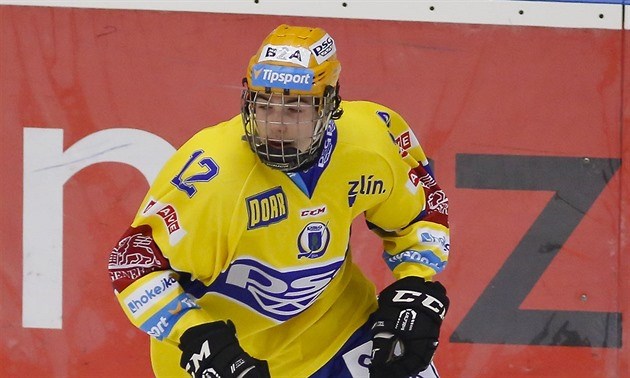 Chytil was taken 21st overall in the 2017 NHL Entry Draft by the New York Rangers in Chicago last weekend.

The 1999 birth year forward who turns 18 in September, skated in 38 games with PSG Zlin in the Czech Extraliga this past season, registering four goals and four assists for eight points, along with 16 penalty minutes.

Chytil was one of 21 players younger than 18 years old who played in the Czech Extraliga in 2016-17, and he ranked second among players younger than 18 years old in the league in games played, goals, and points during the season. He skated in two relegation games with PSG Zlin, recording two points (one goal, one assist). In addition, Chytil played two regular-season games and one playoff game with PSG Zlin's junior team in 2016-17.

At the NHL Entry Draft, Chytil said his game resembles that of a young Alex Galchenyuk.

"My biggest strengths are skating, my hands and my vision," he said to the Rangers media at the Draft.

Gordie Clark, the Rangers' Director of Player Personnel, is projecting Chytil to be a big, fast center who can make plays with his passing ability.

"He stepped in from junior and played for Zlin in the men's league. As the season went on, he ended up being a guy they were using all the time," said Clark on NHL.com

"He grew two inches on us during the season and I don't think he's going to stop," Clark added.

"He's going to be a really good skating center, a playmaker."

Stan Butler, the Battalion head coach and Director of Hockey Operations, believes Chytil can be a game changer for the Troops in 2017-18.

“He will be a dominant, great player,” stated Butler.

“He’s the 21st best player in the world (for his age), on a Czech team that won the Ivan Hlinka for the first time the country has won it.”

But the Battalion Director of Hockey Operations says there’s still a lot to be done before we see the name Chytil sewn on the back of a Battalion jersey.

“We have no knowledge that the player is going to come, I talked to his agent before the draft and I talked to the New York Rangers yesterday,” admitted Butler.

“They told me if he did come, the league he wanted to go to was the Ontario Hockey League, which is positive that way.”

Butler says there is no timeline for a final decision from the Czech star.

“There is going to be a recruiting process,” he said.

“The way I look at it is if we are successful we get a first line centre on our hockey team, if we are not successful, our team was not different than it was before the draft.”

Battalion hand out team awards
May 23, 2020 3:01 PM
Comments
We welcome your feedback and encourage you to share your thoughts. We ask that you be respectful of others and their points of view, refrain from personal attacks and stay on topic. To learn about our commenting policies and how we moderate, please read our Community Guidelines.