Battalion snare a Trapper in U18 Draft 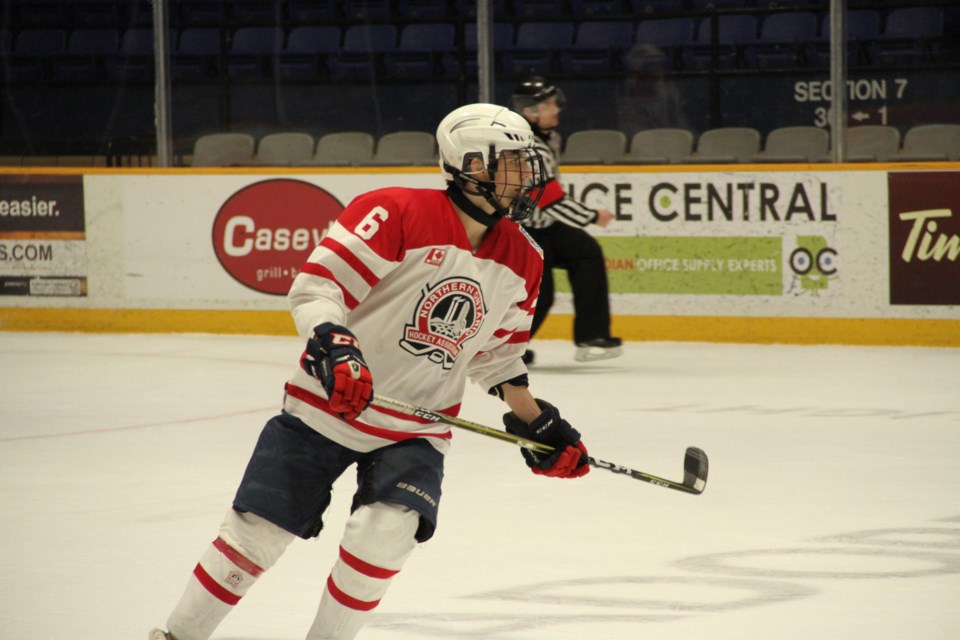 Trappers' Ben Brunette, seen here with Team NOHA last spring, was selected by the Kingston Frontenacs in the second round of the OHL U-18 draft. File photo by Chris Dawson.

Thompson was one of three selections taken by the Battalion in the draft for 2002 and 2001 birth year midget players.

It was also a good night for the Great North Midget League champion North Bay Major Midget AAA Trappers as defenceman Ben Brunette was selected with the first pick of the second round by the Kingston Frontenacs while the Battalion selected forward Justin Dauphinais with their third pick.  Forward Gavin Brown from the Trappers was a third round selection of the Guelph Storm.

Thompson, who is a 6’1”, 168 pound right hand shot defenceman with the Marlies, netted one goal and 11 assists this season with the Marlies. He also played two affiliate games on the blueline for the GOJHL’s Hamilton Kilty B’s who were coached by North Bay native Ken Peroff.

In the second round the Battalion added more goaltending depth with the selection of Ottawa area goalie William Nguyen.  Nguyen had 13 wins and a .907 save percentage last season with the Nepean U18 Raiders.

Meantime Brunette, had a breakout season with the Trappers where he was named the Great North Midget League’s top defenceman.  Brunette had 17 goals along with 37 assist for 54 points in 36 games with the Trappers. He also had 3 assists in three games as an affiliate player with the Powassan Voodoos.

Dauphinais, had a great season with the Trappers after joining the North Bay team from the Sudbury Minor Midget AAA Wolves program the year prior.

Meantime Gavin Brown, who also joined the Trappers from the Minor Midget AAA Wolves, had 24 goals and 30 assists for 54 points in 36 games this past season.