The problem, advocates say, is that area communities aren’t taking full advantage of the opportunities of cycling tourism
Jun 4, 2020 10:00 AM By: Mackenzie Casalino 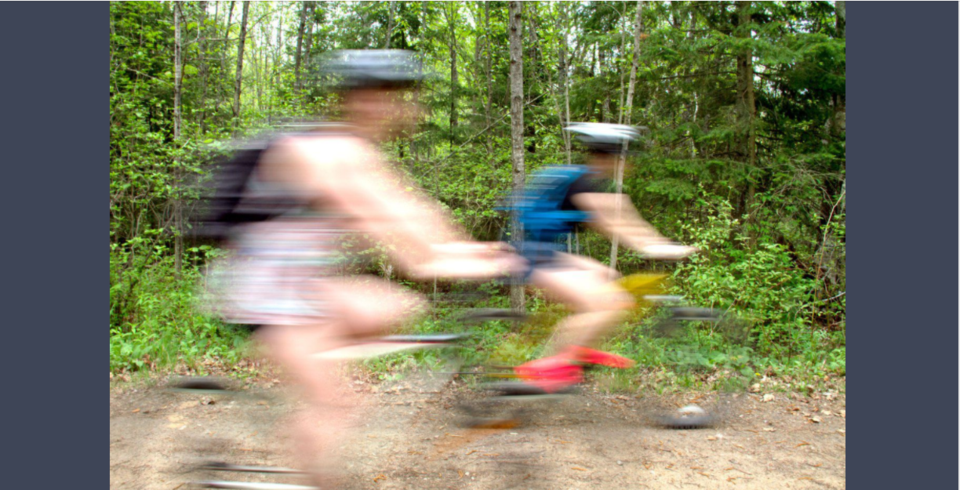 Jennifer McCourt and Rod Bilz believe in the potential of North Bay and the Almaguin Highlands as centres for cycling-based tourism.

McCourt, executive director of Discovery Routes Trails Organization, says the area offers many trails of varying difficulty and length, catering to different types of cycling. As well, it has the space to accommodate social distancing.

“And the small towns and the natural setting that we have here in northern Ontario are a great draw for cyclists all across Ontario.”

Bilz, founder of Cycling Advocates of Nipissing (CAN), believes cyclists are “hungry for new places to ride.”
One of Almaguin Highlands' best features, Bilz says, is its low-use highways cyclists can use for an easy, paved ride.

He points to Highway 518 from Kearney to Parry Sound as one example. It received a paved cycling shoulder during a recent paving.

“Certainly we're more limited than maybe Muskoka is because Muskoka has more paved roads than we do,” Bilz admits. “But we do have some really good circular routes in the North Bay/Nipissing area for road riding that are heavily used.”

In all, there are about 95 trails from East Ferris to French River and Sprucedale to Marten River listed on the Discovery Routes website.

North Bay also is connected to national and provincial trails such as the Trans Canada Trail and the Voyageur Cycling Route which, when completed, will connect 29 communities from Sudbury to Ottawa.

“It can be hugely important, both as a means of transportation, but also as a recreational tourism function,” he says. “We haven't really tapped into it to any great degree. But I think the potential is definitely there to become a real cycling destination, for sure.”

But to do so, McCourt says, the area needs more connecting links to different cycling routes.

“Slowly we're piecing [the Voyageur Cycling Route] together with the various road authorities and trail authorities. Because it's multi-jurisdictional, it's not a one-shot deal to get it completed end to end.”

Meanwhile, gaps in the Kate Pace Way between Memorial Drive and Gormanville Road should be finished by the end of this year, McCourt says.

Discovery Routes also has been working to make roads in and around the North Bay area accessible for cyclists. One of the projects McCourt highlights is promoting paved shoulders alongside Highway 17.

Bilz, meanwhile, says work is underway to create a master plan for mountain biking trails “to bring them up to certain standards so they are safe and enjoyable for people to use, and that they're well signed so people can navigate them.

“We're very close to achieving that now,” he says. “It will probably happen in the next couple of years.”

Bilz believes the area has many high-quality trails local riders enjoy. “But it's not very well advertised or formalized, as it is in some other communities.

“Our community is maybe a little bit behind a lot of other communities in the province, but we're definitely moving quickly to make that gap smaller and get things developed here.”

“I think in the next six months, you're going to see a lot of significant announcements about improving cycling infrastructure in the North Bay area.”

The Local Journalism Initiative, is paid for by the Government of Canada.

Major lacrosse tournament set for Nipissing University has been postponed
Jul 5, 2020 1:00 PM
Comments
We welcome your feedback and encourage you to share your thoughts. We ask that you be respectful of others and their points of view, refrain from personal attacks and stay on topic. To learn about our commenting policies and how we moderate, please read our Community Guidelines.