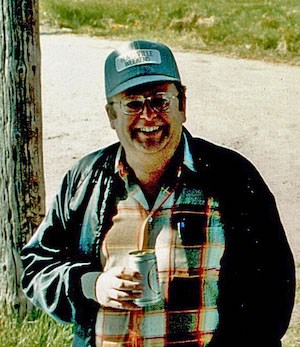 Died peacefully at the North Bay Regional Health Center on Sunday October 11, 2020 just a few weeks after his 80th birthday which he celebrated on September 29. Denton is survived by his younger sister Sandra Martin of Orillia, his nieces Wendy and Melanie, and his nephew Jeff. He was pre-deceased by his mother Fern (nee Hartley) and his father Harold.

Denton was the branch manager of Trans Canada Credit in North Bay in the early 70`s, followed by a successful career as a well known and respected Auto Sales consultant at North Bay Chrysler.

He enjoyed playing euchre and was a founding member of the North Bay “World” men`s euchre league.  He was a proficient pool player and participated in many tournaments at Cheffy`s over the years.  One of his favourite events was the annual May 24th Huntsville weekend with his friends David, Don, Larry, Ron, and Bruce, which lasted 25 consecutive years.  He particularly enjoyed his steaks there as long as Chef Larry cooked them blue rare.  An early conservationist, he spared the water with his Gilbey`s #8.

Most days he could be found doing the daily New York Times crossword puzzle and excelled at them.  For many years, he spent a few weeks in the winter at Puerto Vallarta, Mexico with his dad Harold.  Denton was also a huge fan of car racing, having gone to several events at Mossport.

Special thanks to Dr. Cowan and Dr. Prins; and the staff at Cassellholme, especially Kim Joly and Debbie Pigeon.

In keeping with his wishes, there will be no visitation and his body will be cremated. Interment will take place at the family plot in Barrie, ON.

A future gathering to celebrate his life will be announced, depending on the COVID-19 situation.

If you'd like to make a donation in Denton's memory, please consider the Catholic Charities Food Bank in North Bay office@procathedral.ca.