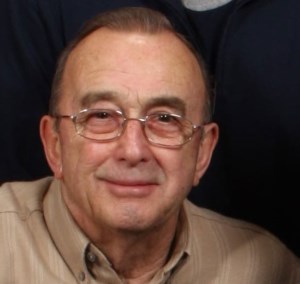 It is with sadness, we announce the passing of Ronald ‘Ron’ Best, at home, surrounded by the love of his family on April 9, 2019. Beloved husband to Nora Best (nee Barlow). Loving father of Tricia (Alain) and Leigh (Chantal). Cherished grandfather of Taylor. Ron is also survived by his children; Nancy and Alan, along with their children. Dear brother of James (Joyce) Best. Predeceased by his parents; Fred and Dorothy Best. He will be sadly missed by his feline companion Miz Kitty, nieces, nephews, extended family and friends.

As a teen, Ron worked for the owner of a successful Esso service station to learn the ropes of a business that fascinated him. This led him to becoming the youngest service station operator in Canada (age 18) with Ron’s Esso on Lakeshore Dr (1960-64). In 1964, Imperial Oil approached him to take over a failing highway station at Nipissing Junction, taking him only 3 months to become profitable by focusing on truckers. He opened Bestway Truck and Trailer in 1973 (Hwy 11 and Hwy 17) where he became a White Trucks dealer, known for building the right truck for the right job and cornering the heavy towing market. In 1977 he moved to International Harvester and established Bestway Truck Centre (Hwy 17 and Fisher St) to successfully become a “total supplier to the truck industry”. He retired in 1985 but would later take on turning around another service station (Petro Canada, Hwy 94 and Wasi Rd) before he “officially” retired. Ron was fuelled by determination and well-known for his “hustle” of providing efficient high quality service.

Family will be receiving visitors at the McGuinty Funeral Home (Callander) on Friday April 12, 2019 from 2-4pm. A private funeral service will be conducted. In lieu of flowers (due to allergies), donations to the Nipissing Knox United Church would be gratefully appreciated by his family.