PATTAYA, Thailand — Patty Tavatanakit finished with an eagle to take a three-stroke lead over Atthaya Thitikul at the halfway stage of the LPGA Thailand on Friday.
May 7, 2021 11:51 AM By: Canadian Press 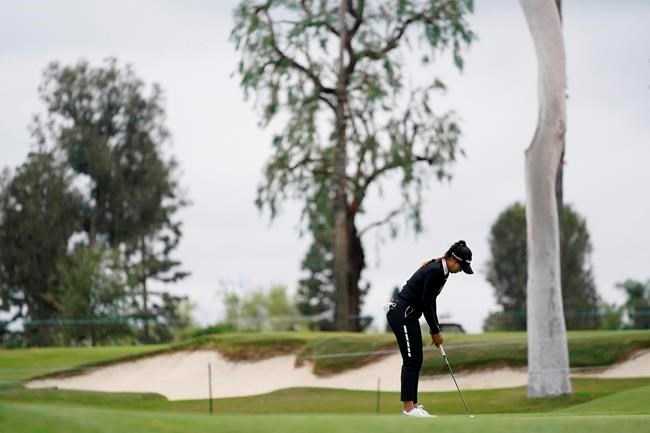 PATTAYA, Thailand — Patty Tavatanakit finished with an eagle to take a three-stroke lead over Atthaya Thitikul at the halfway stage of the LPGA Thailand on Friday.

Tavatanakit moved 16 under at Siam Country Club after a 12-foot putt on the par-5 18th for back-to-back 64s. Despite no spectators because of the pandemic, Tavatanakit and 18-year-old Thitikul are playing under high home expectations. A Thai has never won this U.S. LPGA Tour event. Ariya Jutanugarn was second in 2013, and her sister Moriya Jutanugarn runner-up in 2018.

“My driving wasn’t the greatest today, a little bit off, but I feel like I just ignored the fact that I have to make it perfect and play from wherever I hit,” Tavatanakit said.

“When I played this tournament years ago, there was a big crowd coming to see us which was a great atmosphere," Tavatanakit said. “But it’s been quiet these two days. I really miss the fans.”

Hamilton's Alena Sharp was at 1 under, 15 shots back of the lead.

Thitikul had a bogey on the 17th and signed off with a second-round 67.

“I played pretty well but didn’t make some putts. I need to go straight to the driving range to fix my irons and work on my putts,” said Thitikul, a two-time Ladies European Tour winner.

Thitikul turned professional last year and ended up 2020 as the No. 1 on the Thai LPGA Tour. The LPGA Thailand is her final tune-up before she joins the LET.

“Coming from amateur to pro, I know I still have a lot to improve in my game,” Thitikul said.

Caroline Masson (66) is a stroke behind Thitikul in third. Lydia Ko (67), Gaby Lopez (64) and Nanna Koerstz Madsen (68) are tied for fourth, five strokes behind Tavatanakit.