SAINT-JEROME, Que. — A Quebec judge described a former high-performance Canadian ski coach as a sexual predator Thursday as he found him guilty of 37 charges related to the exploitation and sexual assault of his young female students.
Jun 22, 2017 2:10 PM By: Canadian Press 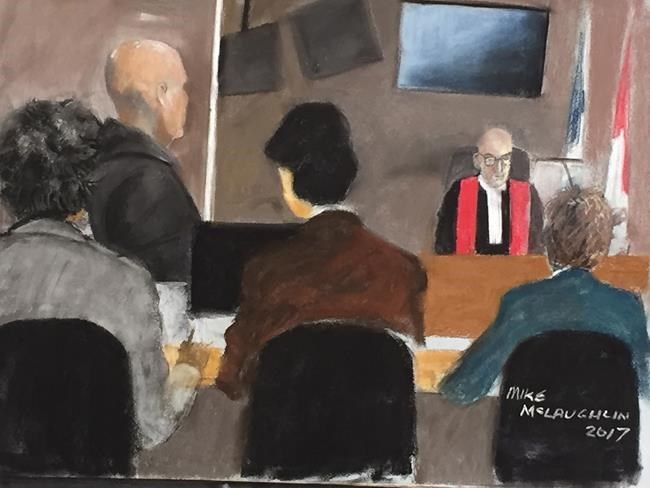 SAINT-JEROME, Que. — A Quebec judge described a former high-performance Canadian ski coach as a sexual predator Thursday as he found him guilty of 37 charges related to the exploitation and sexual assault of his young female students.

Some of the offences took place both before and during Charest's stint with Alpine Canada's women's development team between 1996 and 1998.

"The accused acted as a veritable predator, spinning his web carefully to attract young women, teenagers, and to exercise total control over them," Quebec court Judge Sylvain Lepine said in his ruling.

"His search for sexual pleasure had no limits while he was in a position of authority over these young Canadian competitive skiers."

Charest, 52, was acquitted on 18 charges, while the court said it didn't have jurisdiction over two other counts because they were related to events that allegedly occurred in New Zealand.

The 57 charges included sexual assault, sexual exploitation and one of sexual assault causing bodily harm. The 12 complainants said the abuse took place between 1991 and 1998 in Quebec as well as other locations such as Whistler, B.C., New Zealand and the United States.

All but one was under the age of 18, with the youngest being 12.

The guilty verdicts pertained to charges involving nine of the 12 women.

Many of the victims listened alongside family members as Lepine read out the verdicts for about 40 minutes in Saint-Jerome, north of Montreal.

Charest stood and occasionally shook his head as Lepine addressed the court and the accused appear to mouth a "wow" when the judge finished reading the verdicts.

Central to the case was the credibility of the victims. On that front, Lepine left no doubt.

"The court believes the complainants and their testimonies are credible and reliable," he said.

Lepine, who described the Crown's case as "damning," commended the victims, who he said testified with aplomb and conviction about events they endured 20 years ago.

Several testified they had sexual relationships with Charest, with many saying he was controlling and manipulative toward the athletes whose careers he managed.

Some said they felt they were in love with Charest at the time but eventually came to believe they had been manipulated.

One former competitive Canadian skier told the trial Charest took her to have an abortion when she was about 15 after getting pregnant following unprotected sex with him on numerous occasions.

After the abortion, the sexual encounters continued, with Charest purchasing contraceptives for her and getting a prescription from his own father.

The woman, whose identity was under publication ban like that of the other witnesses, testified she was young and in love with her coach and that Charest advised her to keep their relationship quiet because he would go to prison if it became known.

Charest did not testify at the trial, but his lawyer, Antonio Cabral, said the accused had believed the sex he had with the young skiers was consensual.

But Lepine said the victims were vulnerable and compromised because they were afraid to lose Charest as a coach.

The judge said Charest's actions constituted an unequivocal abuse of trust and power.

"The court came to the conclusion that in the case of touching, as well as for complete sexual intercourse, these young women were under the sway of the accused and could not consent," he said.

"The judge looked at the credibility of all the victims and all the witnesses and came to the conclusion they had a lot of credibility," said Lafleur, adding she will meet with the victims to prepare for sentencing arguments.

Cabral said his client was "disappointed" with the outcome.

"Well, he's obviously disappointed this morning to have been found guilty of the counts," he told reporters. "But he stayed positive and we're going to analyze the decision to see if it is well-founded in law and in facts."

Alpine Canada issued a statement following the verdicts to say Charest's conviction sends a message that abusing authority has no place in sports or in society in general.

Charest has been in custody since his arrest in March 2015.

His case will return to court Aug. 23 for the beginning of the sentencing phase.