CALGARY — The Calgary Stampeders have signed Canadian defensive lineman Michael Klassen.
0
May 31, 2017 11:39 AM By: Canadian Press 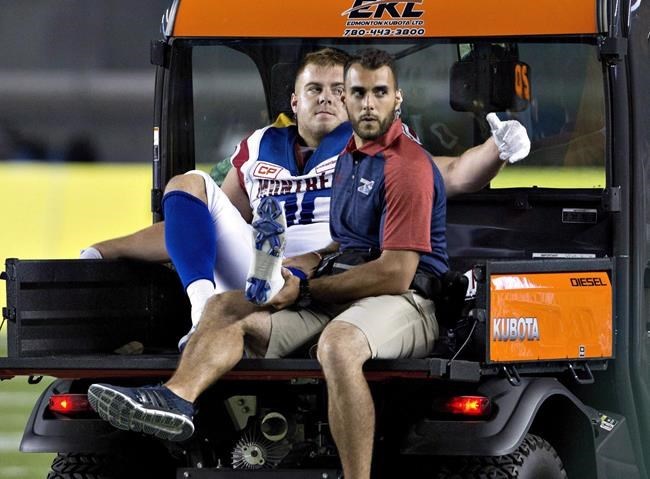 The the six-foot-five, 275-pound Calgary native has played 54 career regular-season games over four seasons with the Montreal Alouettes since being selected in the fourth round (32nd overall) of the 2013 draft.

Prior to entering the CFL, Klassen spent four seasons at the University of Calgary. In 2012, he led the Dinos with 5.5 sacks in the regular season and added two sacks in Calgary's Mitchell Bowl victory over McMaster.

He racked up 19.5 tackles during the regular season and recorded his first career interception in a Sept. 15 game against Manitoba. Klassen had 13 tackles and a sack in 2011 and added 6.5 tackles, a sack and a forced fumble during the playoffs.