CALGARY — Winnipeg Blue Bombers general manager Kyle Walters says he and Mike O'Shea have a verbal agreement to extend his head-coaching contract, but not a signed one.
Nov 20, 2019 6:58 PM By: Canadian Press 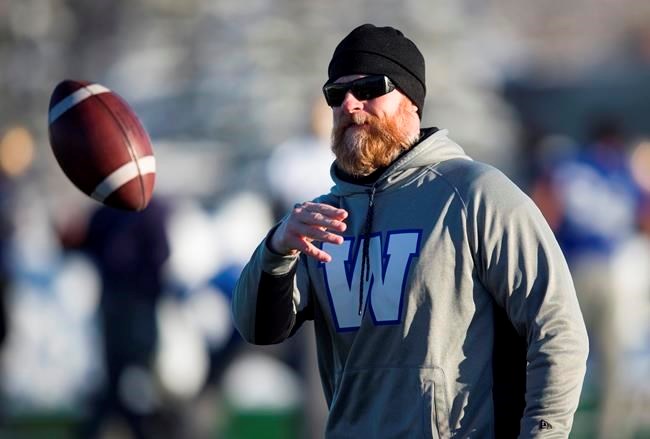 CALGARY — Winnipeg Blue Bombers general manager Kyle Walters says he and Mike O'Shea have a verbal agreement to extend his head-coaching contract, but not a signed one.

O'Shea has navigated the Blue Bombers to Sunday's Grey Cup game in Calgary against the Hamilton Tiger-Cats.

The 49-year-old from North Bay, Ont., is in the final season of a three-year contract extension signed in 2016.

"Mike and I . . . I've said at various points this year that Mike has no interest in talking about that sort of stuff during the year," Walters said Wednesday during Blue Bomber practice.

"I've looked Mike in eye and told him I want him to be the head coach next year. He's looked me in the eye and told me he wants to be back. There's a whole lot of things that go between . . . getting a signed contract for him.

"We're not going to worry about that. What we talked about is a good start. Him and I will sit down, win or lose, and try and get something sorted out."

O'Shea is in his sixth season as the Bombers' head coach. The team has reached the playoffs the last four seasons and posted a 44-28 record during that span.

A three-time Grey Cup winner as a player with the Toronto Argonauts, Sunday marks his debut as a head coach in the game.