HALIFAX — The public inquiry into Nova Scotia's mass shooting has granted standing to 56 participants, including families of those killed, police groups and organizations that advocate against gender-based violence.
May 13, 2021 3:29 PM By: Canadian Press 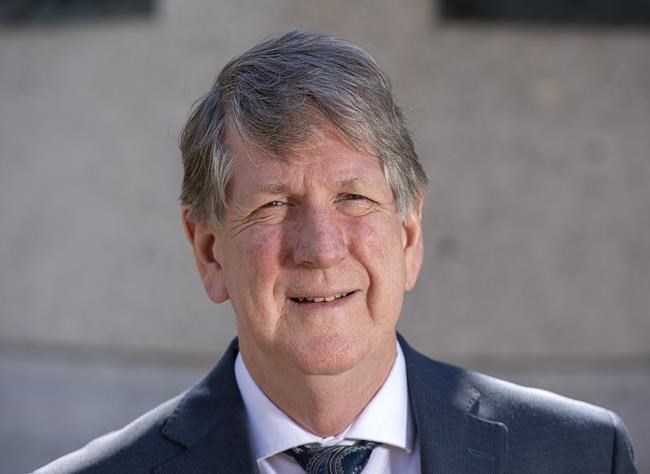 HALIFAX — The public inquiry into Nova Scotia's mass shooting has granted standing to 56 participants, including families of those killed, police groups and organizations that advocate against gender-based violence.

The announcement Thursday of people and organizations considered to have "substantial and direct" interest in the inquiry also included victims' advocacy groups, groups supporting and opposing greater gun control and health organizations and unions.

The order-in-council creating the Mass Casualty Commission had already given standing to the RCMP, and the federal and provincial governments.

Twenty-two people were killed by a gunman disguised as a Mountie on April 18-19, 2020 in a 13-hour burning and shooting rampage.

Michael MacDonald, the chair of the commission and a former chief justice of Nova Scotia, accompanied fellow commissioners Kim Stanton, former legal director of the Women's Legal Education and Action Fund, and Leanne Fitch, a retired police chief, to announce their decision during a webcast.

Fifteen families — some of whom had multiple family members killed — were the first listed, with the commission noting they had legal representation.

This was followed by a list of 12 other individuals, including the spouse of the killer, two immediate relatives, witnesses and others considered by the commission to be "most affected." Three were listed as not having lawyers.

A group of 11 other people who requested standing for various reasons have been asked by the commissioners to provide more information so the inquiry can "better assess their potential contribution."

The commissioners recommended provided funding for the families and many of the other participants, but MacDonald added, "it will be up to the Privy Council to approve all funding in accordance with approved Treasury Board guidelines."

He said there will be a variety of ways for participants to take part, including written and oral submissions, suggesting witnesses to be called by commission counsel, making closing submissions and taking part in community meetings and policy roundtables.

Those granted standing can participate on their own behalf, or they can be represented by a lawyer or a representative who is not a lawyer, subject to the commission's approval.

The federal-provincial inquiry will investigate the causes, context and circumstances that led to the shootings and then draft recommendations to prevent this kind of tragedy from happening again. The inquiry is essentially a fact-finding process that will not lay blame or determine criminal or civil liability.

The commission has not said when hearings will begin.

The RCMP have confirmed that on the night of April 18, 2020, a killer disguised as a Mountie set fire to several homes and killed 13 people in Portapique before evading police later that night while driving a car that looked exactly like an RCMP cruiser.

The next morning, he resumed killing people he knew and others at random before he was fatally shot by a Mountie at a gas station in Enfield, N.S., just north of Halifax. The killer covered more than 100 kilometres during the 13 hours he was at large.

Some of the 29 groups and organizations approved to participate have been folded into what Fitch referred to as "coalitions," where their point of view and interests are closely aligned and they speak as one group.

The 11 people still awaiting a decision on their standing will have two weeks to make submissions in support of their participation.

They include a woman who lives in the areas of the shootings and is a friend of two of the families; a community member who was in the area of Portapique during the incident; several people who want to offer perspectives on gender-based violence; and a retired member of the Canadian Forces "who has been involved with the responsible and careful use of firearms throughout his life."

The RCMP police union, known as the National Police Federation, and the Atlantic Police Association, the union that represents municipal police officers, are also participating, as is an RCMP veterans group.

Other organizations participating include the Along the Shore Health Board, a volunteer community health board that serves an area harmed by the mass shooting, saying it wishes to share "the ongoing impacts on the individuals, children and families that make up their community."