OTTAWA — Parliamentarians are in their final week before a summer break in the House of Commons, where federal parties are using the minority makeup to posture for a potential election.
Jun 21, 2021 4:15 PM By: Canadian Press 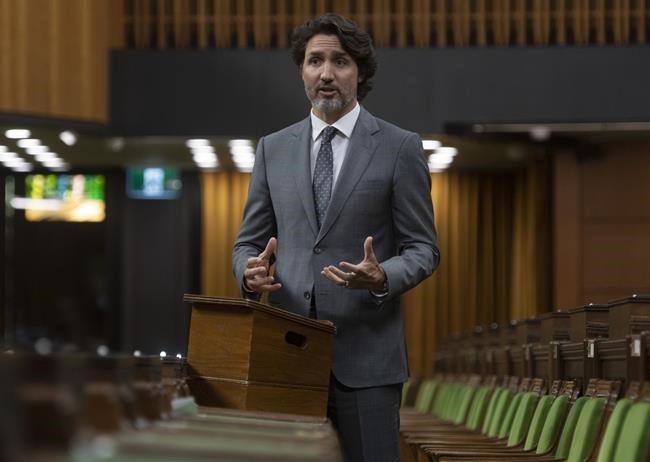 OTTAWA — Parliamentarians are in their final week before a summer break in the House of Commons, where federal parties are using the minority makeup to posture for a potential election.

With only days left before the House rises, the Trudeau government has begun to single out the Conservatives for using procedural tactics to block the passage of legislation around climate accountability, banning conversion therapy, changes to the Broadcasting Act and a bill to implement its budget.

The Conservatives and New Democrats hit back at the government's cries over urgency, saying the Liberals mismanaged the agenda and delayed introducing bills until it was too late to pass them.

Members of Parliament entered the chamber, some in person, but most virtually, where they are scheduled to sit until Wednesday for what could be the last time under the current makeup, with several bills still outstanding.

Given the minority government, the possibility of a general election at any time hangs over the House — autumn marks two years since the Liberals were re-elected to power.

Last week, the possibility of a vote happening later this year was heightened when MPs not seeking re-election delivered farewell speeches to Parliament.

All of Canada's federal leaders, including Prime Minister Justin Trudeau, have spent months saying they don't want to send Canadians to the polls while provinces battle the COVID-19 pandemic.

But the situation is improving, with infections steadily falling as millions more Canadians get vaccinated against the virus, and provinces are moving to lift some of the strictest measures to allow people to socialize again.

Trudeau used his government's briefing on the pandemic last Friday to blast the Conservatives for obstructing its agenda, and the Bloc Québécois as well as NDP for joining in the political games, including on legislation around pandemic supports.

"If the Liberals are planning to go to an election in August or September then why introduce these bills at all?" NDP Leader Jagmeet Singh said Monday.

"To me, it looks like they are just putting on a show."

Last October is when the Liberals reintroduced their proposed ban on conversion therapy, a widely discredited practice that aims to change someone's sexual orientation or gender identity.

It was initially tabled in March 2020, but delayed when the pandemic hit and then died when the government prorogued parliament last summer in the midst of the WE Charity scandal.

Bardish Chagger, minister of diversity, inclusion and youth, shared a letter on social media she penned to Conservative Leader Erin O'Toole ahead of Monday's debate on the bill, asking his MPs to stop talking so that a vote can happen.

Several Conservative members have raised concerns about the Liberals' definition of conversion therapy.

These Tories say they don't support the coercive practice, but worry the government's definition is too broad and could threaten individual conversations about sex and gender, particularly between adults and children.

Also on the Liberals' agenda is a proposed a law that would track Canada's progress on reaching net-zero greenhouse gas emissions by 2050.

Conservatives, along with Green MP Elizabeth May, have raised concerns over the speed at which the Liberals, with the help of the NDP, are trying to get the proposed climate accountability law passed through the House of Commons, saying it needs more scrutiny.

O'Toole's MPs have so far voted against the bill for what they say is a lack of inclusion from the oil and gas industry and presence of "climate activists" on a government-assembled advisory panel, designed to provide feedback on how to drastically cut Canada's emissions by mid-century.

"To say this bill is urgent after not calling it for months and indeed after proroguing the house and delaying everything … is the height of hypocrisy," said Conservative environment critic Dan Albas said in a debate on Monday.

For their part, the Greens have said what the Liberals are proposing is a lacklustre regime of timelines and goals compared to similar laws in other countries that keep nations on track to reach their climate goals.