VANCOUVER — The City of Vancouver has outlined the amounts of various drugs people should be allowed to carry as it seeks a federal exemption to decriminalize possession for personal use.
Apr 12, 2021 6:54 PM By: Canadian Press 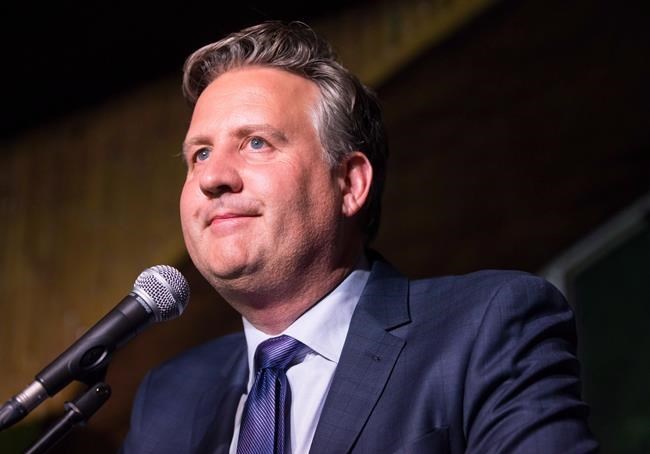 VANCOUVER — The City of Vancouver has outlined the amounts of various drugs people should be allowed to carry as it seeks a federal exemption to decriminalize possession for personal use.

Its proposal to combat the overdose crisis is part of an application to Health Canada. It lists possession thresholds for four main drugs: opioids, cocaine, crack cocaine and amphetamines.

The recommended amounts for opioids, such as heroin and fentanyl, are listed as two grams; three grams are proposed for cocaine; one gram or 10 rocks for crack cocaine; and 1.5 grams for amphetamines. The amounts are based on long-term studies of drug users.

Mayor Kennedy Stewart said Monday the city has worked with police, the health authority's chief medical health officer, drug users and experts to determine the three-day supply that would prevent people from seeking substances on a daily basis.

The goal is to remove criminal sanctions and reduce stigma by using a health-focused approach to addiction, Stewart said.

The broad framework of the proposal was submitted to Health Canada in March. The final phase of the proposal is expected to be forwarded in May with more drugs added to the list for consideration.

Drugs that are part of the proposal are recorded as some of the top culprits in overdose deaths by the B.C. Coroners Service, which reported a record 1,716 deaths last year from illicit drugs.

Mayors in Canada's other big cities are facing similar challenges on overdose deaths without action from all levels of government, Stewart said.

"It's one of the biggest public health policy disasters that we've had in the history of the country. It's just astounding that year after year things don't get better, they get worse. And it shows the level of change that's needed to save lives."

Stewart said policies so far have discriminated against drug users, but Vancouver is trying to take measures that will help, such as providing permanent funding last week for a project that follows up with overdose survivors and offers services including health care, housing and income assistance.

"What I'm hoping is once we get out of COVID we have decriminalization, we have safe supply, we have more housing for folks, for example, and other programs that will be able to turn this around. But we've absolutely failed. All of us have to this point."

Vancouver city council voted unanimously in November to ask for an exemption.

On Monday, Health Minister Patty Hajdu said substance use has affected thousands of families in communities across Canada and the federal government would work on options to respond to the needs of various jurisdictions.

"Health Canada is working with officials from the province of British Columbia, City of Vancouver and Vancouver Coastal Health to work through the details of these requests, and identify options that will respond to their needs," she said in a statement.

Vancouver's proposal is based on findings from two ongoing studies: one that began in 1996 and involves injection drug users, and another of people between the ages of 14 and 25 whose use includes those drugs listed in the proposal.

Kora DeBeck, a research scientist at the B.C. Centre on Substance Use and one of the expert consultants on the proposal, said the two studies total 1,190 people who reported their drug use patterns, interactions with police and challenges accessing health-care services.

"I think it will be a very important change for some people who use drugs, particularly those who are on the street and quite vulnerable because they are still at risk now of having their drugs seized. Although they're not getting arrested and prosecuted, which is good, it still can be quite a devastating encounter."

Some drug users could resort to sex work while others may be pushed into committing property crime to make money for drugs, she said.

However, DeBeck said that while decriminalization would chip away at some of the stigma of drug use, it will not, on its own, have a large impact on the overdose crisis.

"What this does not do is address the toxic drug supply that people are continuing to rely on," she said.

British Columbia declared a public health emergency because of overdose deaths in April 2016, and over 7,000 people have fatally overdosed since then.